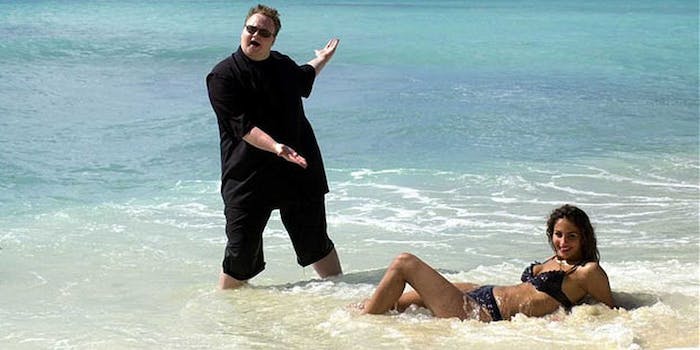 Kim Dotcom will get his confiscated files back

Kim Dotcom, the living embodiment of the word Mega, is going to get his files back.

A New Zealand High Court ruled Friday that police who violently confiscated the MegaUpload founder’s hard drives in a 2012 raid will have to return everything not relevant to their investigation, as well as copies of files that are.

It’s a somewhat unsurprising ruling, considering the source. Justice Helen Winkelmann, who issued the ruling, had previously declared that the initial raid on Dotcom, for his now-shuttered file storage site MegaUpload, was actually illegal. Dotcom has denied charges of that MegaUpload was complicit in Internet piracy and racketeering. He and three colleagues are still fighting those charges, as well as extradition to the U.S.

Previously, Dotcom’s lawyers had argued that lack of access to those files put their case at a disadvantage.

Dotcom refused comment to reporters in person. But he was exuberant on Twitter, retweeting supporters and bragging about things going his way.