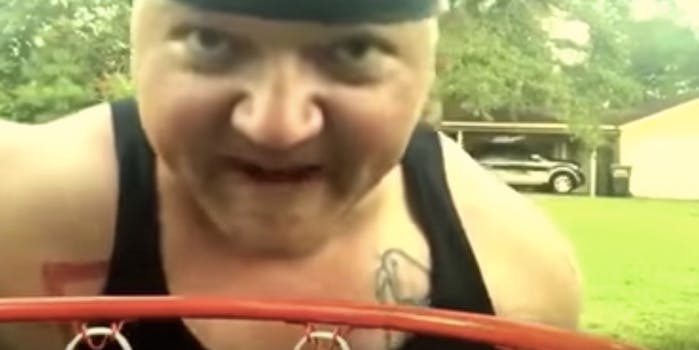 Killer clowns have definitely met their match in the ‘Redneck Ninja’

The showdown we've been waiting for.

Lurking on the fringes of the slow-motion nightmare that is 2016 are those creepy clowns. You know, the kind that never had a circus act and just stand around in mostly-deserted locales late at night to scare the everliving shit out of anyone unfortunate enough to run across them? The clowns.

Well, a southern gentleman and YouTube fixture known as Catfish Cooley has emerged the first line of defense against these ball-nosed bozos. Christening himself the “Redneck Ninja” in his most recent video, Cooley demonstrates the cat-like agility and knife-throwing skills that are sure to send any jumpsuited juggler scurrying back to his comically tiny car.