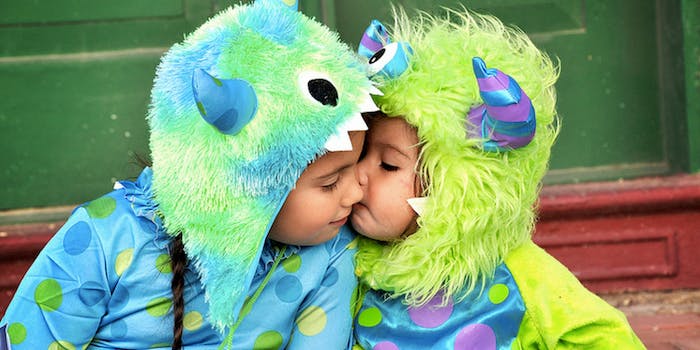 These 13 kids deserve all your leftover Halloween candy

The only problem will be topping these costumes next year.

Another Halloween come and gone—and what did you do with it? Throw together a half-assed costume, get sloppy on hard cider at your friend Rob’s place, and strike out with the cutie dressed as Pizza Rat? Pathetic.

Luckily, the kids brought their A-game. Check out some of Halloween’s true winners and maybe you’ll be inspired to try a bit harder next time.

For me, this kid won #Halloween. 🎃 pic.twitter.com/EMimsTXRb2

In case you were wondering, this is the kid who won Halloween. pic.twitter.com/sDgxW8DhHS

This is the best Halloween costume I've ever seen. ht @sudenivu pic.twitter.com/hcewhY0qys

And the best costume goes to… pic.twitter.com/E2FwUZiW41

Man, these costumes were scary good.