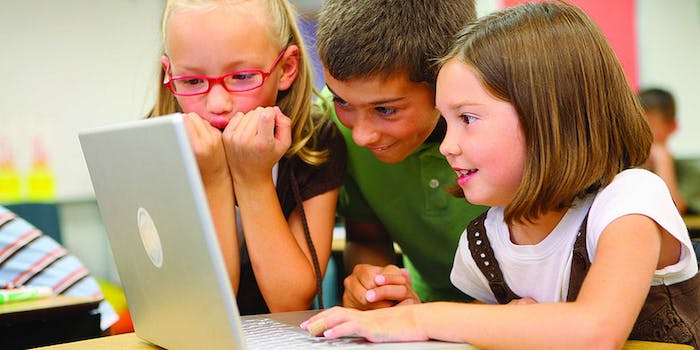 Children grow up too fast these days—and we can probably blame the Internet for it.

Children grow up too fast these days—and we can probably blame the Internet for it.

That’s the takeaway from a new study conducted by Romanian-based antivirus merchant Bitdefender, which surveyed 19,000 parents worldwide and factored in data collected from the various parental control services it offers.

The study also claims that a quarter of all children were on a social network by the age of 12, and that 17 percent were posting inane content on Facebook and Twitter by the time they were 10 years old. Facebook, no doubt, was already aware of these figures. In October 2012, the social network company tried—and failed—to amend the Children’s Online Privacy Protection Act (COPPA) so that it could potentially allow children under the age of 13 to use its services.

According to a Bitdefender representative, these stats are a result of the prevalence of the World Wide Web.

“Kids nowadays are acting like young adults—just give them an Internet-connected device, and they will find a way to things parents would like to ban forever,” Chief Security Strategist Catalin Cosoi told USA Today, who had exclusive access to the study.

So what can parents do to prevent Junior from visiting pornographic sites? The most obvious solution is to not give your kid a Web-enabled device at such an early age. Kids have no business owning an iPad when they can’t even tie their own shoes.