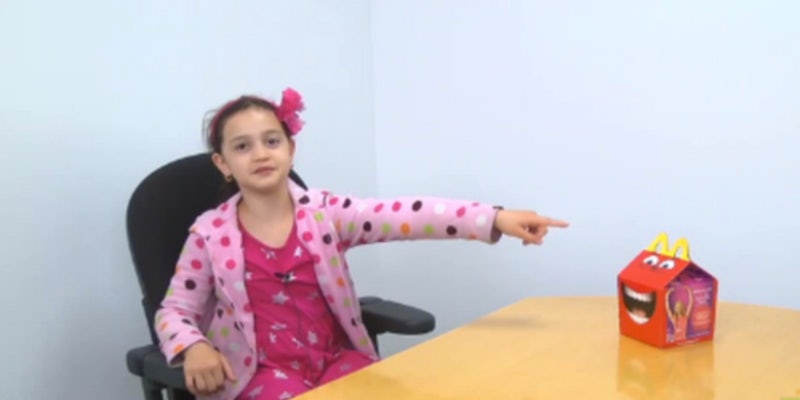 “People are gonna make a joke out of it, and it’s going to ruin their business.”

Last week, McDonald’s introduced its new Happy Meal mascot to the world and your nightmares, and subsequently faced some heat for its racial concept art. Adults on social media expressed their opinions about “Happy,” but what about the people this new branding is really meant for?

Grub Street decided to take this unblinking, forever-smiling cardboard creepshow straight to its demo: kids. And, since kids are always honest, they offered some valuable feedback. Like getting rid of the Happy Meal’s terrifying human teeth.

“It’s like a little box that’s alive that’s saying, ‘Finally, I found a human that I can eat.’”

“People are gonna make a joke out of it, and it’s going to ruin their business.”

The reviews were mixed, but most kids agreed that they can’t even with the teeth.