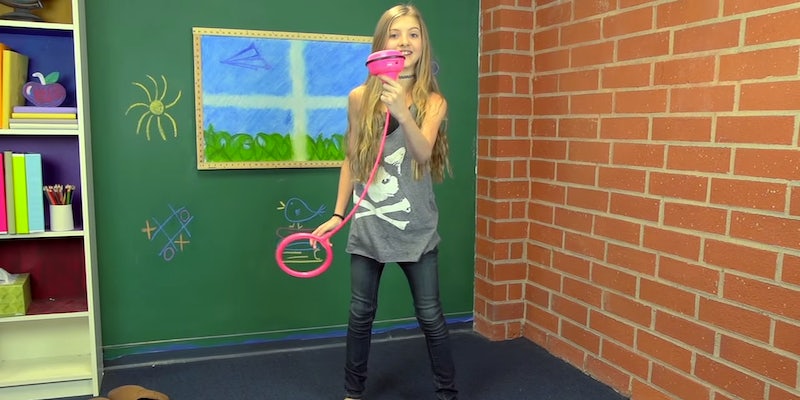 The youngsters of webseries Kids React are skipping to a whole new beat.

In this episode, kids born in the 2000s are presented with another Toys-R-Us staple from the ’90s that’s sure to make millennials get flashbacks (complete with a retro commercial). While Skip-Its took over the elementary school playground scene back in their day, most of these youngsters have no idea what the heck the toy does. One kid believes it’s a pool toy. Surprisingly, some actually know what they’re holding, possibly because they’re time-travelers.

But really, we just want to see them skip—and realize how much easier the commercial makes it look.

The nostalgia is almost enough to make me dust off my own Skip-It—maybe even clear that counter number that’s a couple decades in the making.