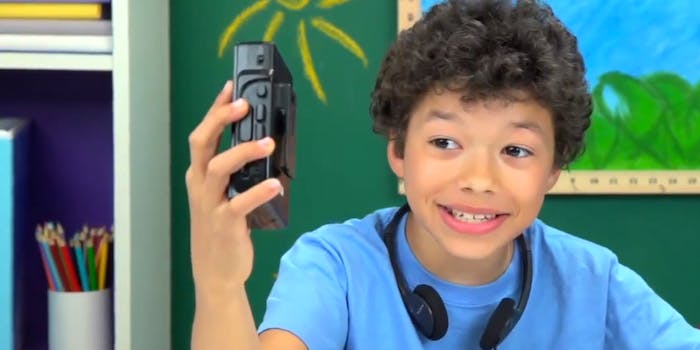 Kids today just can’t wrap their heads around a Walkman

Careful—that's an antique you've got there.

Generation Y may have spent their youth ridiculing arcane, short-lived entertainment tech like Betamax and 8-track stereos, but even Spotify-addicted 20-somethings will feel their age when watching kids of the 21st century struggle to comprehend a Sony Walkman.

With a virtually limitless library of portable music now available to anyone with a smartphone, the idea of paying $200 for a clunky device that requires headphones, cassette tapes, and a clairvoyant sense of fast forward/rewind speeds does feel like a bit of a “ripoff,” most respondents agreed. Though as one astute young man points out, the iPad costs quite a bit more, and there’s still a lot of screen-clicking between you and your favorite song.

Sure, they handle the outdated gadget as expertly as you or I would a cotton gin, but you know something? If I hadn’t been forced to record my favorite Smashing Pumpkins songs off FM radio, I doubt I would have had the patience to master the Walkman myself. Can’t say I miss untangling all that magnetic tape, either.