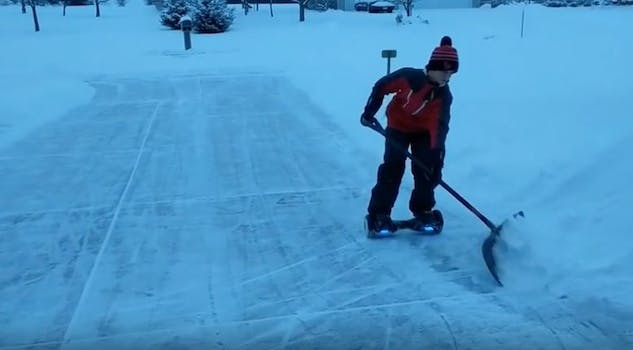 His balance is unbelievable.

When hoverboards were having their big moment last Christmas, it seemed like everyone who unwrapped one ended up on the ground with a broken arm. They were fun in theory, but no one could ride the damn things. A year later, though, at least one human being has truly tamed the savage hoverboard.

Bow down to this child, controlling a hoverboard and a snow shovel at the same time. He is our future. He’s plowing that driveway like some kind of human-Zamboni hybrid, demonstrating balance adults can only dream of. Our powerful hover-sons have surpassed us, but at least they still do their chores.

I guess this is what it feels like to be floored by a hoverboard without literally falling on your ass.