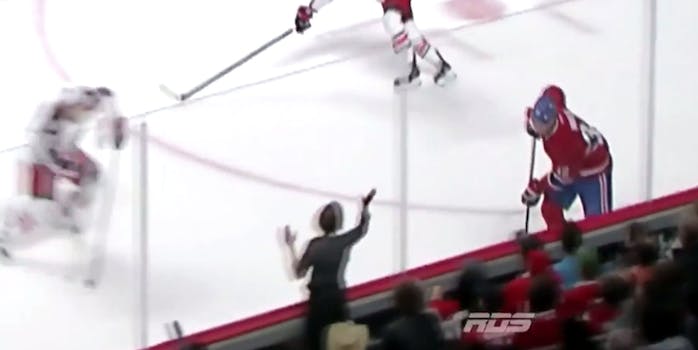 For a lot of kids, there are only two reasons for attending a hockey game: to bang on the glass and hopefully see some gloves come off.

It’s one of the most obnoxious traditions in sports, but it’s hard to resist once all that adrenaline and sugar kicks in.

For every frustrated hockey player out there, this clip offers sweet justice.

In it, a kid at the Columbus Blue Jackets and Montreal Canadiens game on Thursday gets unintentionally leveled after two players pound into the plexiglass the kid’s banging on. It’s well worth the extra angles and close-up replays.

Blue Jackets won 3-2, for whatever it’s worth. Here’s hoping the kid’s OK and a valuable life lesson was learned.