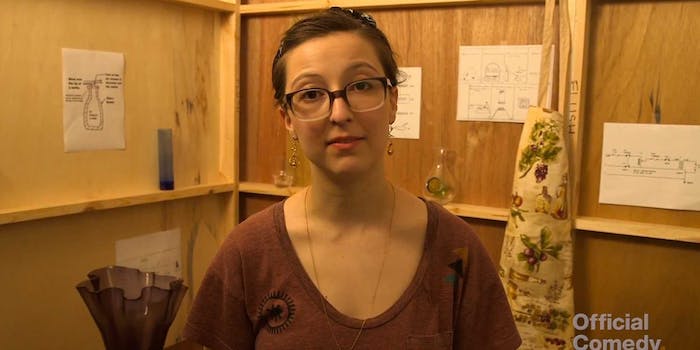 Kickstopper: Because that Kickstarter is a mistake

It’s partially your fault for funding them in the first place.

Luckily, you can fix that with Kickstopper—once it gets the proper funding.

Kickstopper is a crowdsourcing website that will crush your dreams at the exact moment you need them to be crushed. Simply, it’s a way out.

“It’s simple,” the Kickstopper founder says. “You donate money. We stop the project. We all help these starry-eyed dreamers back into jobs with practical benefits like salaries and health care.”

The fake commercial features three optimistic fundraisers who got in over their heads, but with the proper funding to end their campaigns, you can save one man from wearing too many fedoras, avoid owning glassware that looks like a vulva, and dodge getting killed by using a device that places your iPhone right in front of you in the car.

Like Kickstarter, there’s perks and rewards involved. For the same amount you donated to the Kickstarter campaign, one woman will personally come over to your house and apologize to you for wasting your money in the first place.

“They made a mistake,” the founder notes. “Then you make a mistake by supporting their mistake.”

You’ll just have to donate to help Kickstopper’s dreams come true through Kickstarter in order to start crushing dreams.