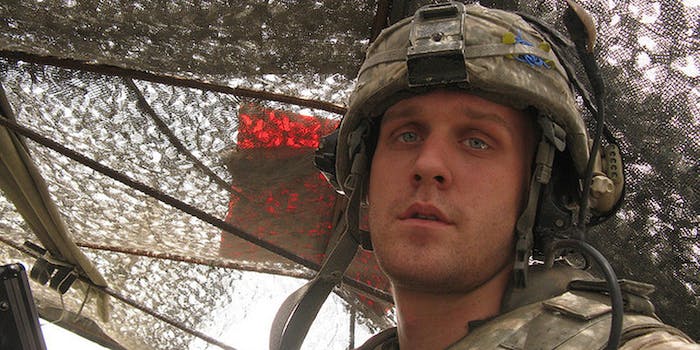 Sgt. Konrad Ludwig's Stryker: The Siege of Sadr City promises a first-hand account of the final battle for Baghdad.

Sgt. Konrad Ludwig left his home when he was 17 years old so that he could serve in the military.

It was what he thought was right, he said. He wanted to stand up for what he believed in. By the time he was 19, he had earned his place as the gun team leader in an urban assault Stryker unit known as Bull Company.

Bull Company had one mission when it deployed to Iraq in Aug. 2007: to run a series of kill-or-capture raids in a district of Baghdad known as Sadr City that eventually resulted in the hunting down of a number of high-value targets in the Mahdi Army. The team was given 15 months.

On March 23, in the middle of the 15-month mission, one of the largest and bloodiest battles of the war broke out in the middle of Sadr City. The Madhi Army rose up to overthrow the occupation, and Bull Company’s rules of engagement were lifted.

“Open street fighting lasted for nearly three months,” Ludwig wrote in an Reddit IAmA on Friday. “Thousands of people were killed and wounded,” including more than 200 American soldiers and countless Iraqi civilians.

But news of the Sadr City uprising never made its way back home to the United States. Instead, Ludwig saw the papers around the country run headlines on American Idol, Twilight, and Elliot Spitzer getting caught with a prostitute.

Today, Ludwig owns a private publishing company, and he’s written a book about Sadr City in hopes that his story will soon be heard. Called Stryker: The Siege of Sadr City, the tome is a first-hand account of what happened in those streets during the final battle for Baghdad.

“It began as a confession, a letter to old friends, and an attempt to confront the things that I had experienced,” he wrote.

“My initial goal was to shed some light on what happened, the things I had to do, and why I’ll never be the same. As the project unfolded, however, it turned out that there was much more at stake than my own well-being.”

Manuscript in hand, Ludwig turned to Kickstarter to help turn the book from paper to product. He set his funding goal at $15,000, a figure that he considered enough to help him publish and distribute the book, organize a publicity campaign, and embark on a national tour.

Ludwig met his goal in the campaign’s first day.

With three days left in funding, Ludwig’s already managed to raise more than $30,000. Today’s been his biggest day yet, thanks in part to his sprawling Reddit IAmA, which has brought in over 2,500 comments.

“Right now it’s all about volume,” Ludwig wrote to his backers a day after the project met its funding goal. “The money we raise will go a long way towards marketing this book and pushing our story out to the world, but the biggest priority is to get as many people as possible aware of the project and eager to get their hands on a copy.”

Correction: An earlier version of this story said that Ludwig was deployed to Afghanistan instead of Iraq. We regret the error.