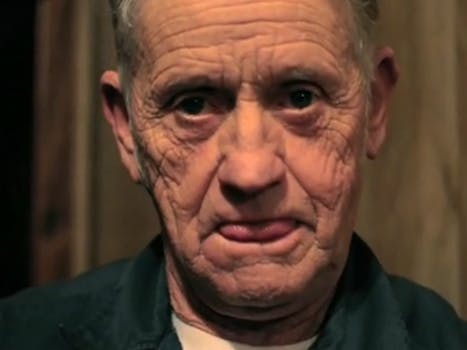 With Hollow, indie filmmaker Elaine McMillion wants to capture the lives of 50 residents of the struggling McDowell County in West Virginia.

It’s a story about a town gone Hollow.

It’s two hours down Interstate 77 to get to McDowell County, W. Va, from the state’s capital, Charleston. Take it to the bottom of the state and then take a right, drive about 20 miles and look up. You’ll see the boarded up houses and empty streets, the jetless airport and street signs left in tatters. You’ll see a place that’s home to 20,000 West Virginians struggling to hold on.

McDowell County’s population has decreased by nearly 80,000 people over the last half century. That’s a drastic drop by the standards of any American county. When you consider that McDowell in the 1950s was only home to 100,000, the county’s landscape becomes downright scarce.

But there’s still life in the people there: painters and planners, teachers and bankers who wake up every morning and go to work, come home at night, and sit at the dinner table with their families. They represent a part of the American spirit that’s long been left off the mainstream media’s map—but they beat on.

Now, a West Virginia-bred filmmaker wants to bring their story to the public eye.

Boston resident Elaine McMillion is in the final two weeks of a Kickstarter campaign to raise the $25,000 necessary to produce Hollow, an interactive documentary that she hopes to launch in May 2013. McMillion plans to follow the lives of 50 McDowell County residents struggling to make the correct ends meet. She told the Daily Dot that the story’s not new, but that the support system is.

“Community storytelling is a very old form of communication,” McMillain explained. “It’s not a new concept. But this is the first time that it’s been marketed this way.

“We’re West Virginia natives who want to put on this project to try and help a community save their town. A lot of the other community projects aren’t as public. They’re privately funded and take on grant money from the government. It’s never been this visible, at least I haven’t ever seen it this visible.”

McMillion wants to make Hollow as somewhat of a Choose-Your-Own-Adventure documentary, one where viewers can experience each of the 50 McDowell County resident’s stories on a path of their own choosing.

“It’s not a linear experience,” she said. “They enter the website and are introduced to characters, and they can follow those characters and their stories. Everything is sorted by topic, so if you’re interested in exploring the county’s environment or the economy, you can do that. The website will rearrange your experience but you can still follow your own story.”

McMillion described the stories as fascinating. They go much deeper than poverty, education problems, and “[t]his constant flow of images depicting only poverty, drug abuse and unemployment,” as she wrote on the Kickstarter page’s description.

“It’s not as simple as ‘People in West Virginia are poor because the coal mines shut down,'” she said. “McDowell County has some amazing people that make there homes here, people with agency within them who are still here working to keep their town alive.

“I was talking to a 16-year-old the other day,” McMillion continued. “He was saying that the people in his town had the capacity to change everything within the county. They just need to do it.”