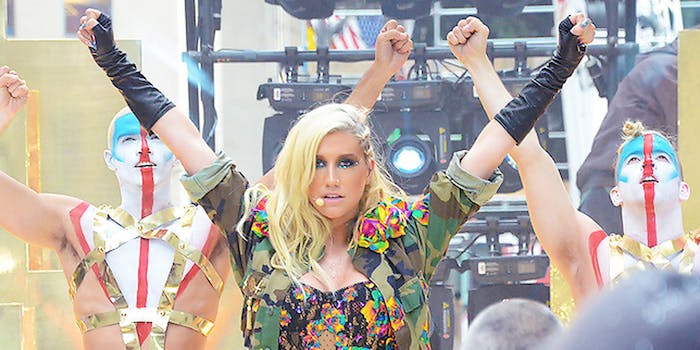 Two years ago, the media-hungry bigots of Kansas’s Westboro Baptist Church appropriated pop star Ke$ha’s hit, “We R Who We R,” for their own anti-gay agenda, turning a song about acceptance into “God Hates Who U R.”

Ke$ha’s current tour stopped in Lincoln, Neb., yesterday. Since they apparently have nothing better to do, WBC protesters were camped outside her concert, blasting their cover. So Ke$ha did what any influential pop star would do and sent her backup dancers to hang out with the protestors.

At least one fan picked up on the irony of WBC protesting Kesha, but not another band in town that night.