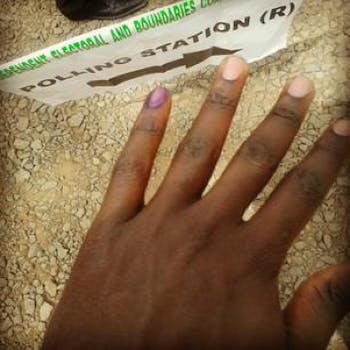 The people of Kenya are going to the polls for their first presidential election since 2007. Here's a view of the experience via Twitter and Instagram.

The last presidential elections in the East African country of Kenya, held in 2007, resulted in a great deal of violence — including the loss of 1,200 lives and the displacement of 200,000 people — and a loss of pride and self-confidence by the Kenyan people. The 2010 referendum which ushered in the country’s new constitution was a triumph, with very little conflict.

Now, the presidential and general elections have come around again. In fact, the polls only closed a couple of hours ago, and it will be some time before results are officially announced.

Traditionally, the dicey time for Kenyan electoral violence is after the winners are declared. In addition to the president, Kenyans have also cast votes for senators, members of parliament, county governors, city ward representatives and “women county representatives.”

In the meantime, #KOT (Kenyans on Twitter) are speaking out about their elections experience, using the hashtag #KenyaDecides to track their collective experience. Here is a peek into that experience.