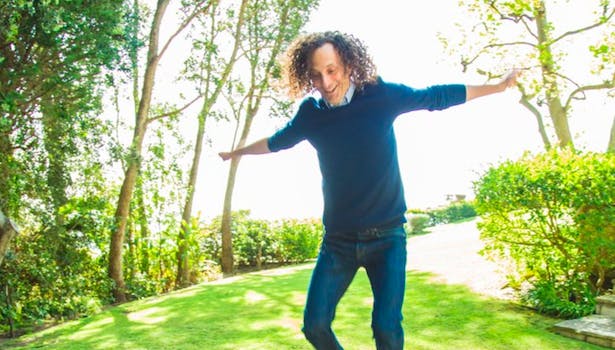 Kenneth Bruce Gorelick, otherwise known as Kenny G, is an unlikely person to go viral on the internet. For people of a certain generation, Kenny G represents smooth jazz dad music. He’s often a pop culture punchline, and an example of the degradation of modern jazz music. In the 1993 film Wayne’s World 2, Kenny G’s music is associated with a trip to the dentist. More recently, in La La Land, Kenny G is mentioned in a scene where Ryan Gosling’s character is trying to argue for a resurgence of “pure jazz” music.

There are multiple threads online that discuss why so many people, especially jazz purists, vehemently hate Kenny G. Yet, despite his haters, Kenny G’s music remains popular. He’s sold more than 75 million records and performs at sold-out live shows. Even if you claim that you’ve never heard of his music, or can’t remember any specific songs, you still know exactly what his brand of music sounds like. It’s hard to avoid it.

Like most musicians, Kenny G has a social media presence; it’d be stupid not to utilize the internet to connect with fans and announce new shows. At first, he was just another musician promoting his work. But then Kenny G decided to do more than the bare minimum. He figured out what the internet likes, and he turned himself into a meme.

Kenny G joined Twitter in June 2009. His first tweet, however, wasn’t until 2011. It was a typical self-promotion tweet. It received no likes (then called favs) or retweets.

Smooth out your life with some great music! I'm on the air streaming now at http://www.SmoothJazzNetwork.com…. http://fb.me/T7LlVMlB

He tweeted in this matter for a few years. Then, in 2014, he announced that he was “trying to get more into tweeting.

I'm trying to get more into tweeting by the way!!

He started to take more chances. He tweeted out a photo of a strawberry rhubarb pie that he made, banking on the popularity of food photos on social media.

I made this pie. It was sooooo good ! Strawberry rhubarb. pic.twitter.com/DOGnnlktjD

He gave out sound relationship advice.

He shared comics that mocked his style of music.

Typical day for me. Just thought I'd share pic.twitter.com/IqUzrinX2Q

At this point, most of his tweets featured photos. Photos of him golfing. Photos of him eating dinner with friends. It was the mundane, earnest type of content that many people in the spotlight share on social media. Nothing new. Then in 2014, he appeared in a Funny or Die video where he proclaimed, “I love the internet” before referencing many internet jokes and memes. This was the beginning of the memeification of Kenny G. He was a willing participant.

But then Kenny G went back to tweeting about new albums, interviews, and TV appearances. It appeared his love of internet jokes was slowing down. Or maybe he was busy playing his saxophone. Last fall, though, he got back in the game. He started tweeting photos of himself, with and without his sax. They did well.

A tweet sent on Nov. 26, 2016, went viral. Kenny G shared a photo of himself confidently riding a bicycle with his arms crossed across his chest. Above the photo, he wrote: “My hands are for one thing only: playing sax”.

My hands are for one thing only: playing sax pic.twitter.com/ncuJJUBBAg

The bicycle tweet was a power move. It said, “I’m a 61-year-old mainstream smooth jazz musician and I’m super confident and happy. Plus I’m successful. Any questions?”

Timing also likely played a role in the popularity of the bicycle tweet. It was sent just weeks after the election, a time when the world desperately needed to laugh at something—anything!

Since the bicycle tweet, Kenny G has continued to tweet out photos with suggestive captions that are centered around his instrument of choice.

Some other examples include:

“If the sax is good, pound it”

“When somebody drops a sax bomb on you.”

“Balance is the key to good sax”

“I will look for you, I will find you…and I will serenade you with some saxy goodness”

The lines fall somewhere between dad jokes and marketing copy for an alcoholic beverage. But, somehow, they work. Kenny G is basically tweeting slightly different versions of the same thing over and over again. It’s a formula—much like his music. He figured out what did well on the internet and simply decided to replicate it. The fact that people are paying attention to his bad Twitter puns isn’t that surprising; this is the man who figured out how to get people to listen to smooth jazz—even though 2017. He knows how to sell a product. He knows how to gain an audience. He’s simply moved his popularity online. It’s unlikely that Kenny G’s tweets are inspiring a ton of young people to go out and buy his records. I mean, he’s still Kenny G. But it’s hard not to respect his effort to understand meme culture and have fun on the internet. We should all be so sincere and joyful.

Nowadays, whenever there is a meme, Kenny G is not far behind. Here he is hitting “the floor is” with his own spin.

The floor is clarinets pic.twitter.com/1hXPanMfxz

Kenny G knows how to crack open a cold one.

He was all over the “Cash Me Ousside” craze.

Cash me on the green, how bow dah? pic.twitter.com/Bi1kops1bd

Kenny G’s Twitter feed sends the message that he doesn’t give a fuck what you think of him. He understands that his music, and sometimes his whole persona, is parodied. He doesn’t care. He’s in on the joke. As anyone who has ever tried to publish something on the internet will tell you, it’s often impossible to predict what type of content will rake in clicks, likes, or shares. The ability to be self-aware and laugh at yourself, however, usually seems to work in a person’s favor.