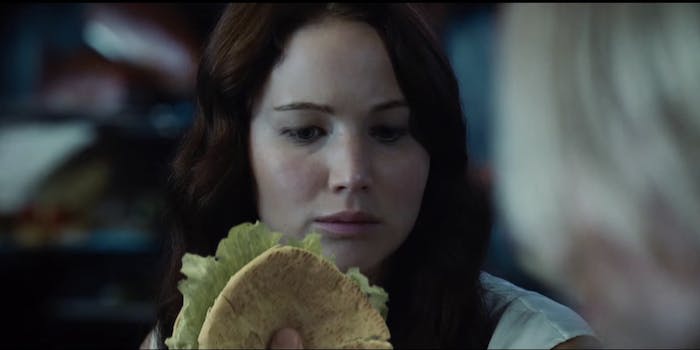 Peeta Mellark might have done everything possible to keep his dear Katniss Everdeen alive in The Hunger Games, but there’s a new lover on the block that has the girl on fire’s attention. And he just so happens to have the same name, albeit a little variance in spelling.

In this hilarious edit from PistolShrimps, Katniss has an undying love for pita. With its doughy goodness and the pretty much limitless possibilities for fillings, who couldn’t fall for some pita? They don’t call it the hunger games for nothing.