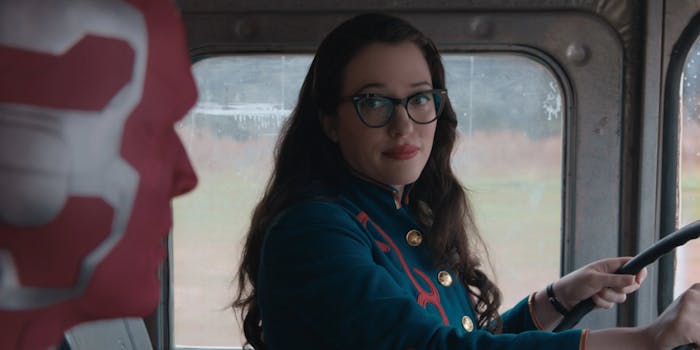 Kat Dennings engaged to Andrew W.K., years after shooting her shot on Twitter

Dennings was a fan long before they got together.

Dennings and Andrew W.K. got together earlier this year, announcing their engagement on Thursday. But before that, it looks like Andrew W.K. was Dennings’ celebrity crush. Back in 2013 and 2014, she tweeted at him several times to express her admiration, describing him as a “tall drink of milk.”

Andrew W.K. replied to a couple of those tweets, but it’s hard to say whether they were friends at the time, or if it was just some social media banter. At any rate, he was married to his ex-wife Cherie Lily at the time, and there are no photos of Dennings and W.K. together before 2021. Meanwhile, Dennings was in a relationship with Josh Groban from 2014 to 2016. In a press release last week, W.K. said that he and his ex-wife began amicable divorce proceedings in 2019, and that he’d met Dennings earlier this year.