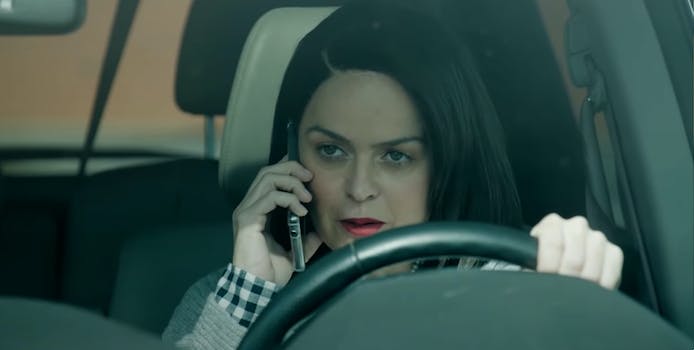 ‘This Isn’t an SNL Sketch?’: Twitter reacts to trailer for ‘Karen’ film

The Jordan Peele effect is real.

It’s happening again: Jordan Peele is trending on Twitter for a movie he has nothing to do with.

On Monday night, the trailer for an upcoming film called Karen circulated on Twitter. It concerns a woman named Karen (Taryn Manning), who starts harassing the Black couple that moved next door (Jasmine Burke and Cory Hardrict).

If you’ve seen any footage of real-life Karens over the last year, you’ll see the template: She threatens to call the manager! She calls the cops on some teens! She has a… Confederate flag soap dispenser? The caption on one of the most-shared tweets about it: “Hollywood is doomed.”

The trailer was actually released last week, but Twitter elevated its profile; people immediately accused Karen of trying to replicate Get Out, which director and writer Coke Daniels is apparently fine with. He posted the trending topic to his Instagram stories and urged people to “Keep comparing Karen to Get Out!”

“Jordan Peele only has two films under his belt as a director and he already has people trying to copy his formula. Talk about impact,” wrote @nuffsaidny.

“What he was able to do with Get Out was interesting for the time being but we really don’t need ‘Black folks being terrorized by racist whites’ to become a horror sub genre….,” wrote @BlackGirlCinema.

“A lot of these directors wanna capture the essence of a Jordan Peele thriller without the nuance that made his films work all to make a profit off movies that look like the parodies from Dear White People,” wrote @SiahJayAndre.

Peele also trended back in March after the trailer for Lena Waithe’s Amazon series Them was released. People quickly dubbed it a rip-off of Peele’s style, and criticized it for being yet another film or series that turns Black pain and suffering into horror.

But the Karen trailer is so heavy-handed that people couldn’t fathom that it wasn’t SNL.

Peele does have a new movie coming out in 2022, starring Keke Palmer, Steven Yeun, and Get Out‘s Daniel Kaluuya, though details are still scarce. As for Karen, it’s apparently set for September release, and might pick up a buyer via the Cannes virtual market. The trailer notes the film is a “BET original.”

However, IMDb shows there is another movie titled Karen with a 2021 release date, signaling that we’ve possibly entered the horrible race for Karen content.