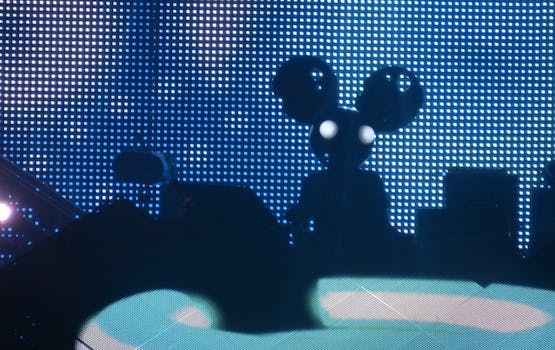 Kanye West goes in on Deadmau5 for calling out his piracy

The toxic Superfund site known as Kanye West‘s Twitter feed has yielded another in a seemingly endless string of beautiful dark twisted fantasies.

Not since his Blitzkrieg against Wiz Khalifa has West trained his usually scattered rage against a fellow musician with such laser focus. This time, the target was Deadmau5, who was justifiably annoyed that Yeezy had apparently been torrenting his company Xfer Records’ Serum software.

Here’s the thing about mice: When they take the bait, the trap snaps shut.

Is it even remotely possible that West doesn’t know how Deadmau5’s moniker is pronounced? Given that they’re both faces (so to speak) for the oft-ridiculed streaming music service Tidal, probably not.

Nevertheless, the riff went on. 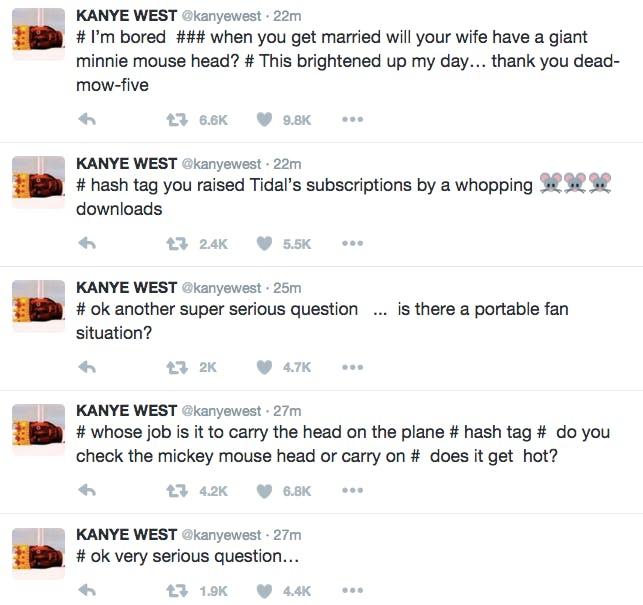 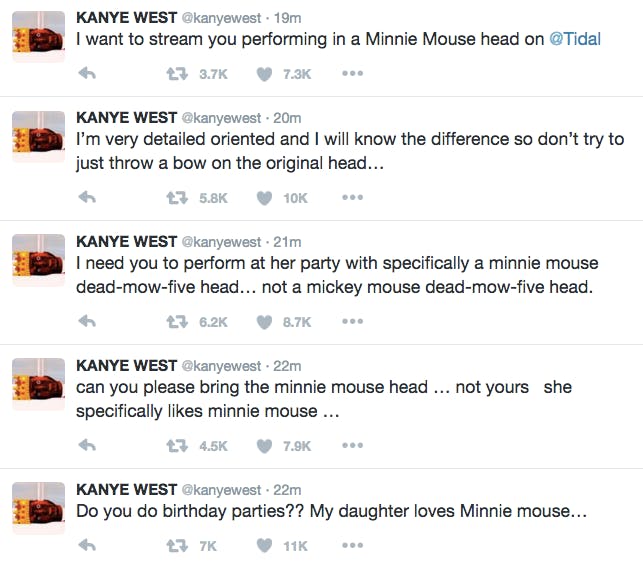 Meanwhile, poor Deadmau5, who tried to nail Kanye to the wall earlier in the day by alluding to the rapper’s possible financial troubles, had signed off Twitter by the time the true ownage began.

Let's start a Kickstarter to help @kanyewest afford a copy of Serum.

He needs a small loan of 200$ #prayforyeezy

I'm gunna sleep. Way too delirious to be on Twitter right now. Know your limits. Gnight!

@deadmau5 wake up Kanye is tweeting

Imma let you finish…. But you should probably be saving the money for a 4th grade education. https://t.co/1yqBoIg1Z1

Relax, I just woke up.

I can out idiot an idiot. It's what I do.