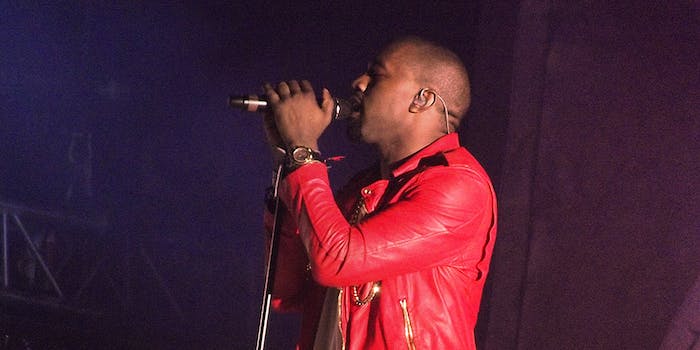 After a week of Twitter arguments, requesting billionaires to fund his ideas, releasing an album (only to add new songs, as well as change the album’s title more than once), and putting on a fashion show, Kanye West has finally gotten some much deserved sleep.

While out baby shopping with John Legend, Chrissy Teigen, and wife Kim Kardashian, West and his daughter North took a power nap on some floor models, which Kim took a photo of and shared on Instagram.

Inevitably, Reddit’s r/PhotoShopBattles took the picture and put “sleeping Kanye” into everything.

The “Kanye” from IKEA.

What the album cover art for My Beautiful Dark Twisted Fantasy should’ve really been.

This is the third time this week we’ve found you on that dinosaur, Kanye!

“Maybe it’s about time you told everyone who actually helped you write the lyrics to ‘I Am a God.’”

“Kanye how can we get your vote on the completion of the Death Star when you’re always asleep?”

There are many others, which you can check out here.

Photo via Piotr Drabik/Flickr (CC BY 2.0) | Remix via Max Fleishman