I am a floating stage. Below are excited, sweaty faces, raising their hands to the man who is above us all: Kanye West. 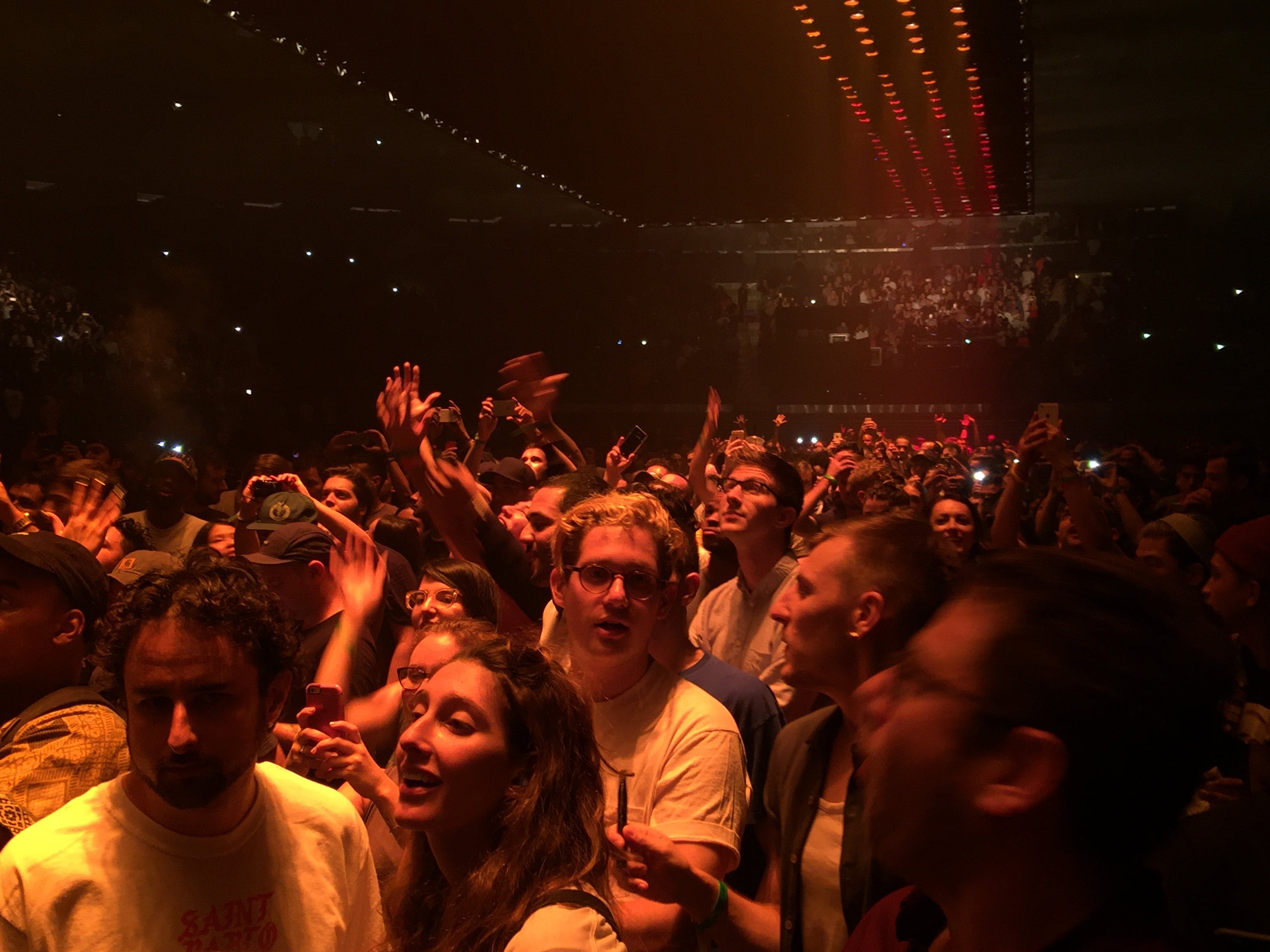 Our relationship is mutual: I’m his supporting act, lasers and lights flashing across my rectangular frame as he goes through The Life of Pablo tracks for the first moments of his performance, fans and fellow celebrities alike moshing underneath us.

Each night begins and ends the same, but obviously, New York City’s Madison Square Garden deserves its own acknowledgment. Two back-to-back concerts and each one wild, the audience adorned in tour T-shirts, their phones pointed to us in blissful abandon. 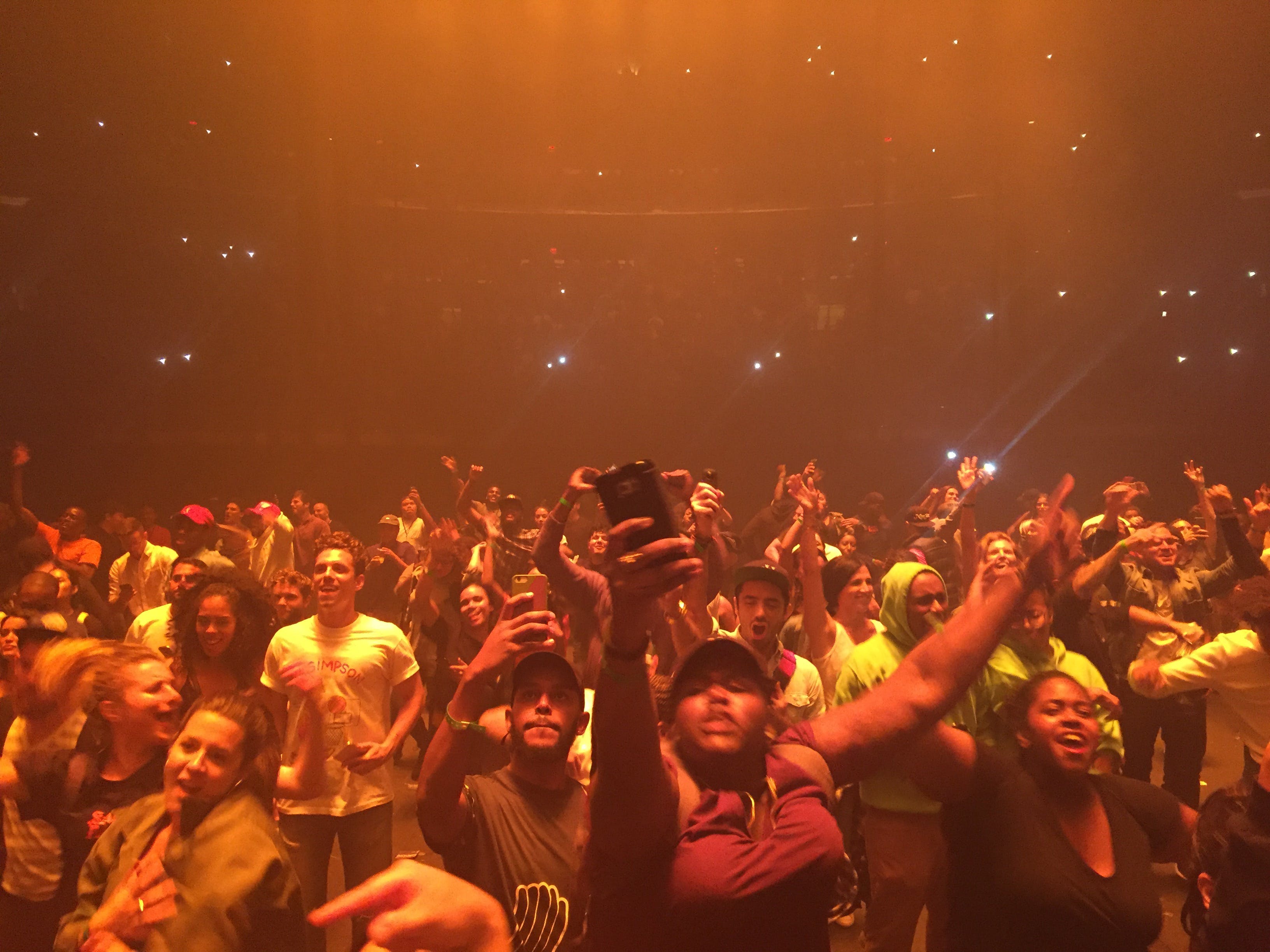 I know of other tours that featured incredible stages coming through the iconic venue: David Bowie’s Diamond Dogs Tour of 1974; Nine Inch Nails’ Live: With Teeth Tour of 2005; and Radiohead’s A Moon Shaped Pool tour two months ago.

To share the same venue with such innovative artists is a privilege, and speaks to Kanye’s ambitiousness to challenge and inspire ideas of creativity.

What we’ve created together isn’t only unprecedented in the world of live rap performances, but live music as a whole: a simple concept that’s executed so well.

Seriously, a floating stage that resides right above fans on the floor and swings slowly like a pendulum, spreading the energy of the performer like that of a hypeman. Sure, a part of the allure is the underlying sense of danger present at these shows, especially for those that are beneath me. You feel safe, but I’m sure there’s a moment in which you all wonder “What would happen if this stage dropped right now?”

But if anything it all speaks to the persona of Kanye more explicitly than my sibling stages ever did: A man of power (some might say a god) standing confidently above his most devout followers, there for his people but never fully in reach.

Does it scare me? Sometimes.

When Kanye utters the words “No one man should have all that power,” during “Power,” I understand. He and I are literally connected: He moves, I move, the crowd moves. The cycle lasts for nearly two hours and rarely loses momentum.

Fortunately, nothing ever happens—and maybe Kanye is aware of that. Just as those below are faithful that Kanye will keep them safe, he’s faithful that they’ll do the same. It’s simultaneously beautiful and terrifying, but then again, he’s always been good at treading the line between the two.

Then “Ultralight Beam” roars on the speakers, serving as the show’s climax. A lone light shines on Kanye, then bathes the entire audience in bright angelic yellow.

“This is a god dream, this is everything.” 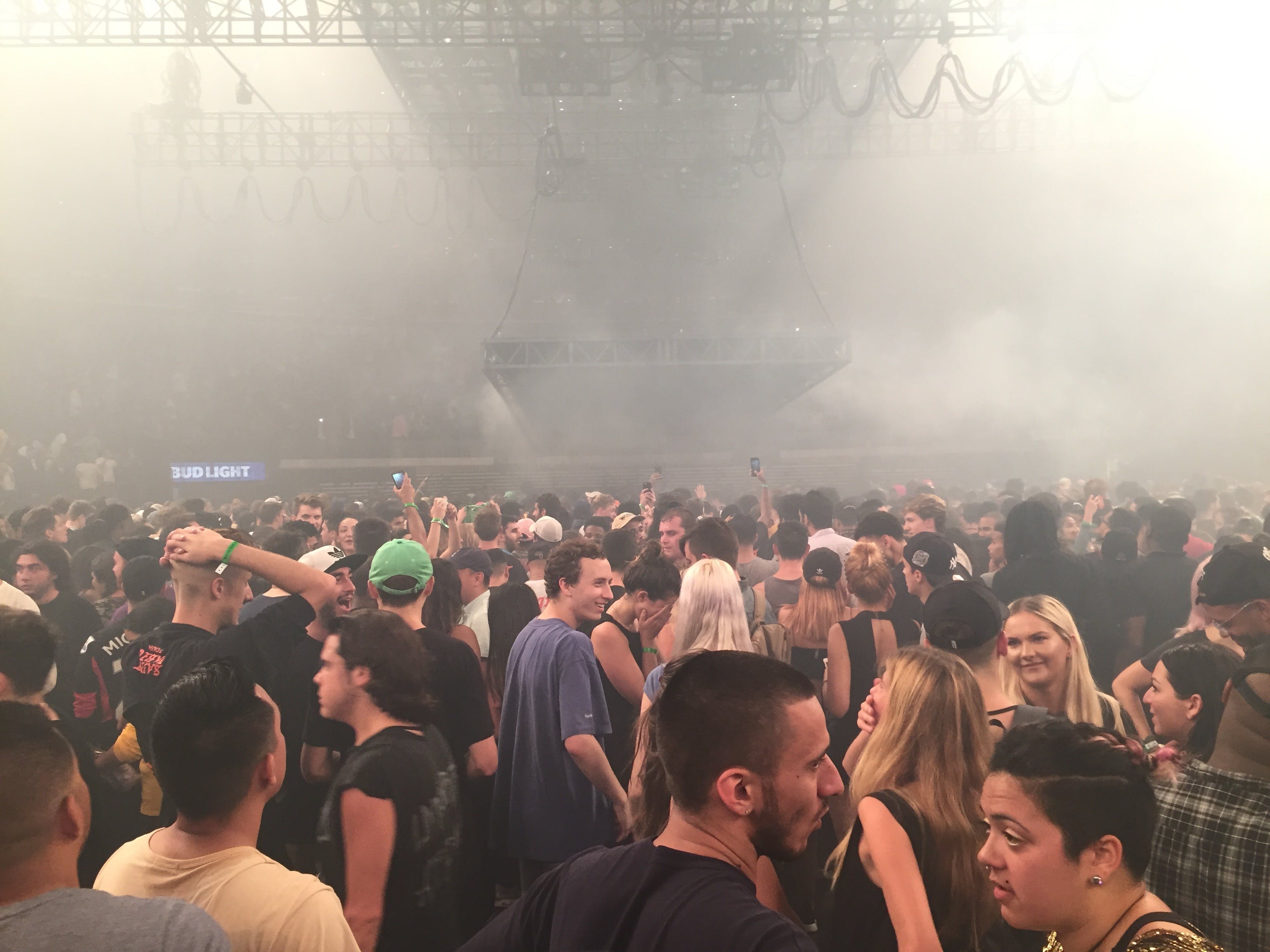 The gospel of Kanye is done and the house lights come on. Everyone slowly spreads out into the New York City streets. Everything that makes me what I am—the trusses, the high-speed motors that allow Kanye and I to move left, right, up, down—is packed up by the crew, and I’m put on the road for the next tour date, where Kanye and I will do the same performance (more or less), but the energy will be different.

And that’s what makes what we’re doing right now so fucking great.