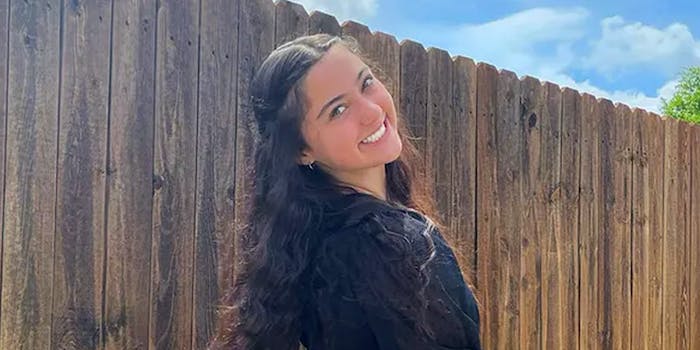 Kailia Posey, the former Toddlers and Tiaras star who had a second life as a reaction GIF and a meme, died by suicide at the age of 16, her family said.

News of Posey’s death in Washington state, where she lived, first emerged on Monday. The Whatcom Sheriff’s Office said that it was investigating the death, although it couldn’t outright confirm Posey’s identity due to the fact that she was a minor.

Marcy Posey Catterman—Posey’s mother—changed her profile to a photo of Posey with a halo and wings edited on them and was at a loss for words when sharing the news that Posey had died.

“I don’t have words or any thoughts,” she wrote. “A beautiful baby girl is gone. Please give us privacy as we mourn the loss of Kailia. My baby forever.”

Posey’s family confirmed to TMZ that she died by suicide.

“Although she was an accomplished teenager with a bright future ahead of her, unfortunately in one impetuous moment, she made the rash decision to end her earthly life,” Posey’s family said to TMZ.

Posey appeared on the TLC reality show Toddlers and Tiaras at the age of five and was on the show in 2012 when the clip that inspired a meme emerged. In it, Posey smiles as she discusses her favorite part of beauty pageants (winning money). But in the nearly decade since the clip debuted, images and footage of Posey took on a life of its own as it became a popular meme both as a reaction GIF and as a macro meme generator.

She competed in Miss Teen Washington earlier this year and finished in the top 3 contestants and was interested in getting a commercial pilot’s license, according to her family.

People took to social media to offer their condolences in regards to Posey’s death, but some were mixed on whether to use the GIF or photo to do so.

Posey’s family has since launched the Kailia Posey Teen Crisis Intervention Fund, which aims to “help get much needed resources to students in crisis.”