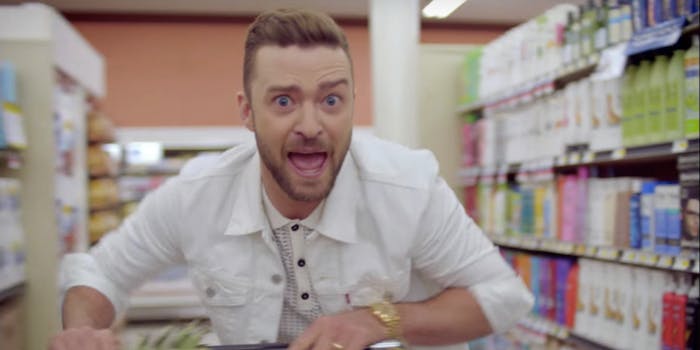 Hands off the merchandise, buddy.

Apparently one fan really couldn’t stop that feeling when he saw Justin Timberlake at the American Century Celebrity Pro-Am in Lake Tahoe on Saturday—as in, this dude really had to feel Timberlake’s lush beard, slapping the former boy band member in the face as he walked by a crowd.

TMZ posted video footage of the encounter, where everyone’s super excited to see Timberlake until the mood clearly changes after the slap happens. The crowd goes silent and a disgruntled Timberlake asks, “why would you do that?”

You can see the guy’s hand on JT’s face, but the actual slap isn’t all that dramatic. What’s better is Timberlake’s reaction and all the buzz afterward. Listen closely and you can hear a young lady scream in ecstasy from meeting the celeb heartthrob, “he touched my hand!”

Apparently the man wasn’t arrested for the actual slap, but he instead reportedly refused to leave the premises and seemed drunk. According to TMZ, he eventually got belligerent and the popo arrested him for disorderly conduct.

And that’s why you don’t mess with a former N*SYNC member.