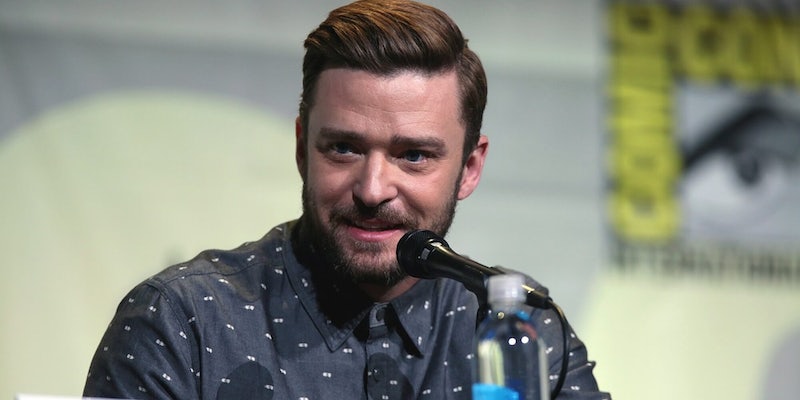 Cry me a river, Justin.

Self-isolation has drastically changed day-to-day life for every single person, but it’s also continuing to highlight just how differently celebrities live compared to the rest of us.

Justin Timberlake is the latest famous person facing backlash for ill-advised commentary on how tough life is now that he’s locked inside a fancy house with his family.

The former boy bander gave an interview on SiriusXM’s “The Morning Mash Up,” in which he discussed the difficulties he and wife Jessica Biel are having with their 5-year-old son, Silas. Namely, just the fact that it’s difficult to be quarantined with a kid.

“We’re mostly commiserating over the fact that…24 hour parenting is not human,” he said.

It feels like a toss-up whether to attribute Timberlake’s remarks to being a rich person who usually has tons of hired help taking care of him and his family, or to being a father in a world where mothers are still expected to be the “default” parents.

The Twittersphere eventually caught wind of the “Cry Me A River” singer’s complaints about actually having to take responsibility for the small human he and Biel insisted on bringing into this world, and it wasn’t pretty.

Of course, it isn’t just celebrities who are suddenly finding themselves juggling having their kids around 24/7 alongside managing some semblance of a normal life. Parents of all walks of life are now trying to find a way to cope with having their kids home from school, often while continuing to work either from home or out of the house at an essential job.

“They can afford to not work during this time,” Twitter user @googiehouser wrote about Timberlake and Biel. “Like all my friends with kids are saying how hard it is to balance work and their kids, not that being home with their kids is awful.”

Look, we’re all frustrated with the way things are right now. It isn’t easy–even if you have millions of dollars and a fancy mansion. But to publicly complain about living life the way tons of not-filthy-rich folks have to live every day, while those same people are now having an even tougher go of it? Next time, maybe read the room a bit, JT.