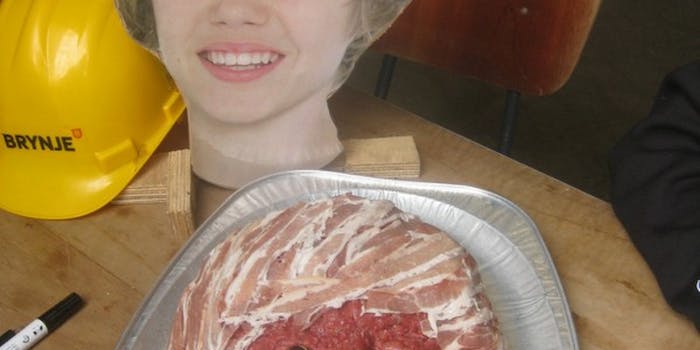 The 19 most horrifying Justin Bieber images on the Web

We at the Daily Dot have unearthed some deep, dark secrets of the 18-year-old singer's personal life.

Superstar Justin Bieber is far more than just a musical sensation who looks like Anna Chlumsky from My Girl.

Once the Canadian heartthrob leaves the stage—and his legions of screaming fans—behind, he returns to his private life. While tabloids and close personal contacts may claim to shine a light on the 18-year-old, we at the Daily Dot have unearthed secrets of the Biebs’ personal life.

1) Bieber hears his own music for the first time.

2) OAG always knew that she and Bieber would be together forever. Now if only he could close the other tabs in his browser, leaving only her video open.

3) Suddenly, Chris Griffin from Family Guy doesn’t have it so bad: His evil monkey lives only in his closet.

4) When he gets hungry during radio interviews, Bieber likes to lick the germs off studio microphones.

5) Nothing says “swag” like double ear studs and enough hair gel to immobilize a herd of buffalo.

6) Bieber hears his own music again.

7) Bieber celebrates when his “Girlfriend” video hit No. 420 on the YouTube rankings.

8) Bieber announces that he is coming to a concert venue near you.

9) Bieber originally wanted to do an entire scalp shave like Britney Spears, but the battery on the electric razor unexpectedly ran out. 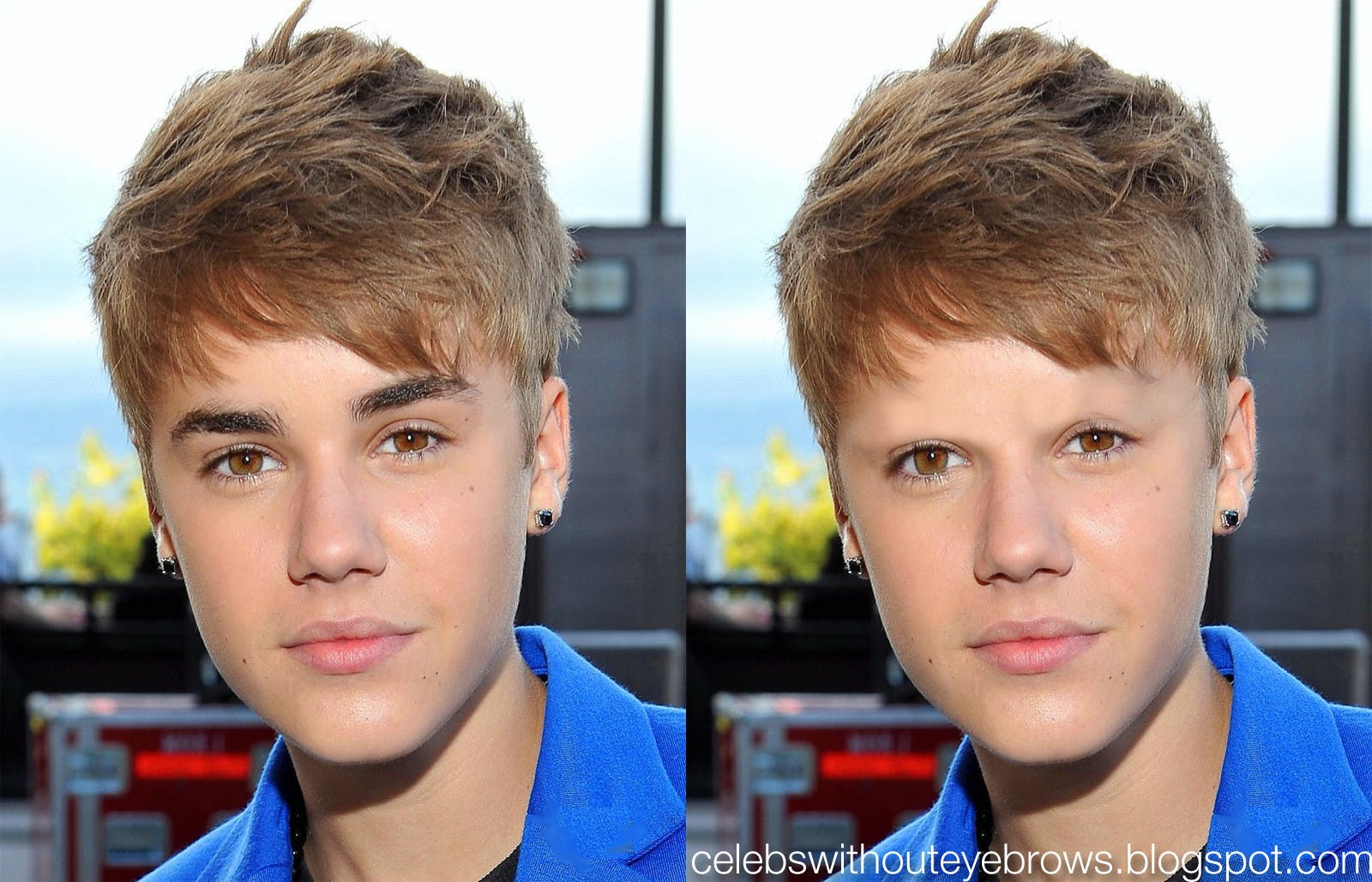 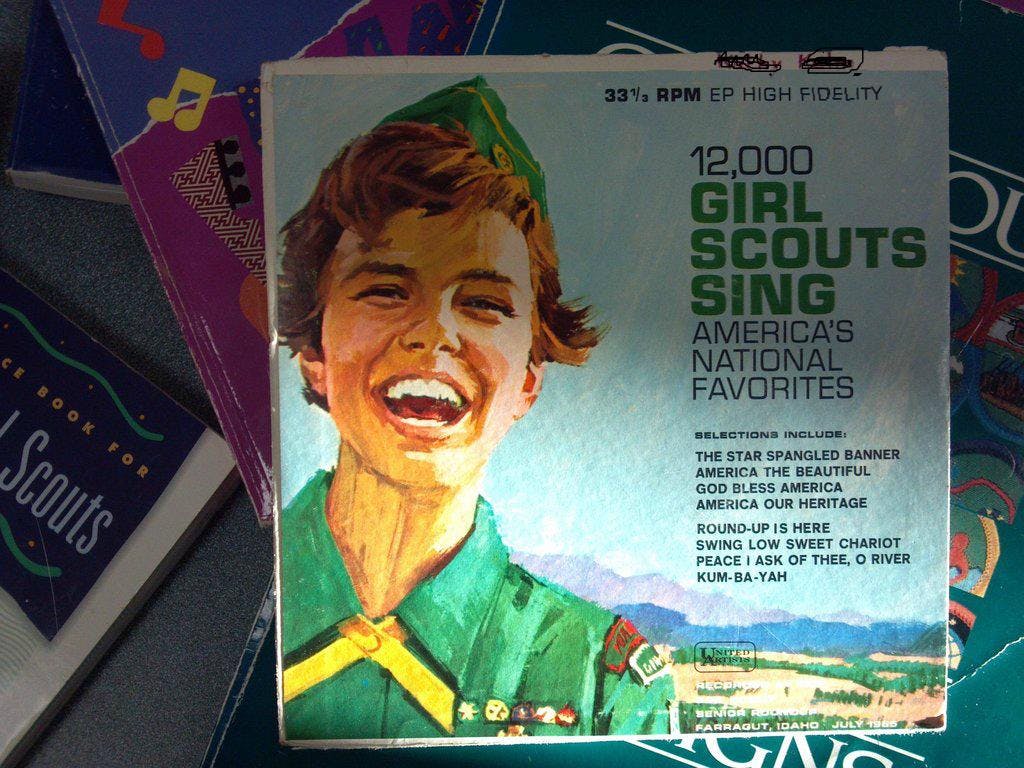 11) Many have wondered what Queen Elizabeth II looks like when she is not wearing makeup. 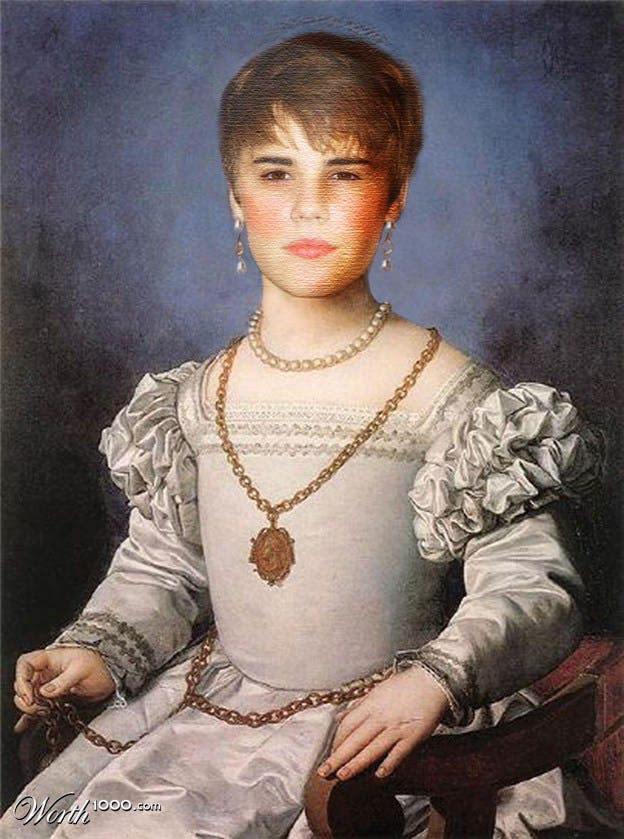 12) This anti-Bieber Facebook page was obviously made by someone who is really horrible at choosing dead pool picks each year. 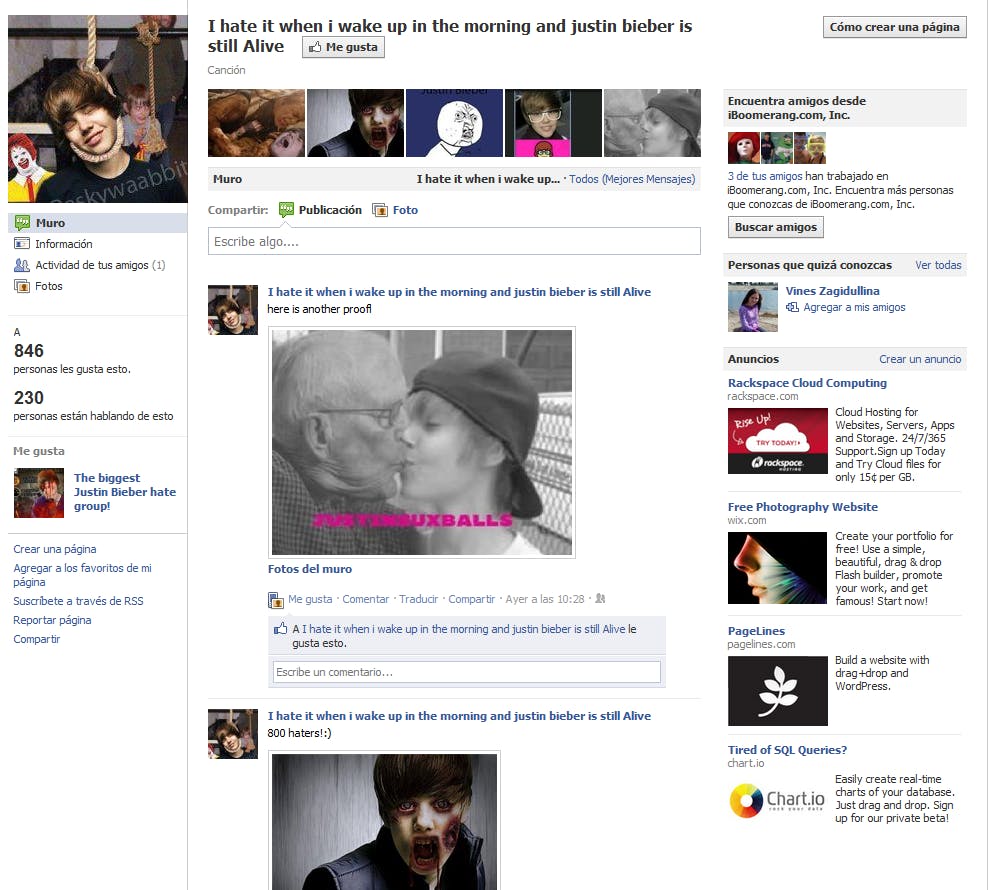 13) Bieber poses after a visit to his newest image consultants: Cindy Crawford and Futurama‘s Turanga Leela. 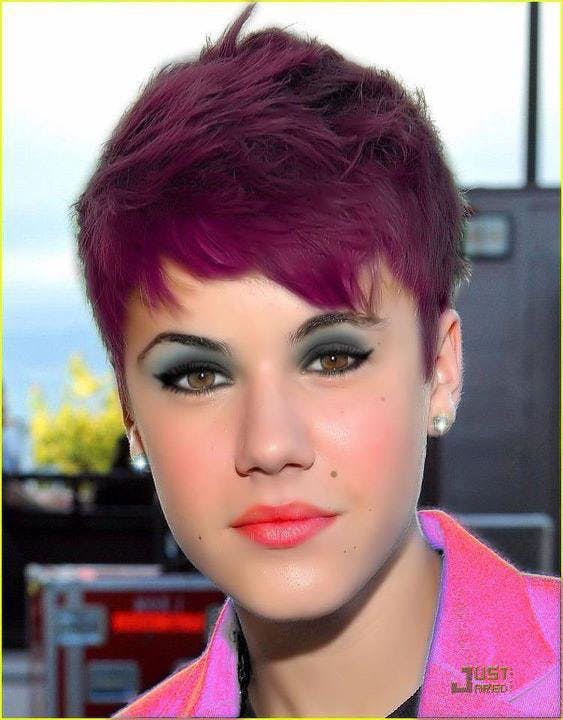 14) Mom, may I have another helping of Bieb Loaf? 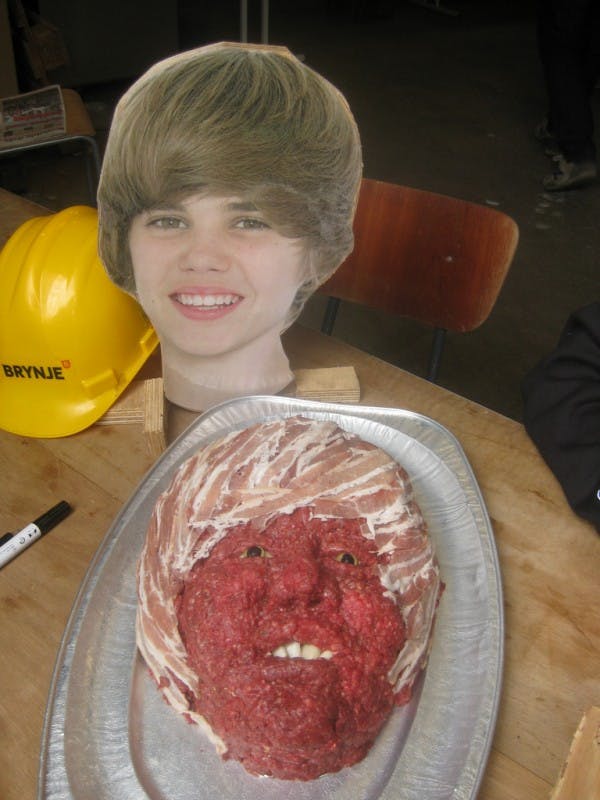 15) With the new “Just-in Beaver” love doll, you will be on your way to a house full of cats—and neighbors who will eventually give statements like “She didn’t talk much”—in no time! 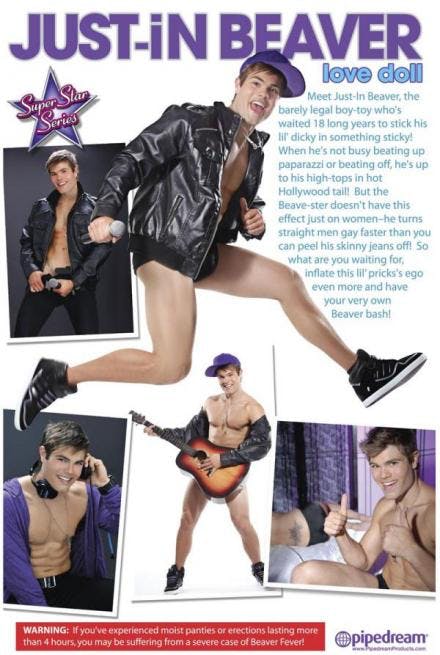 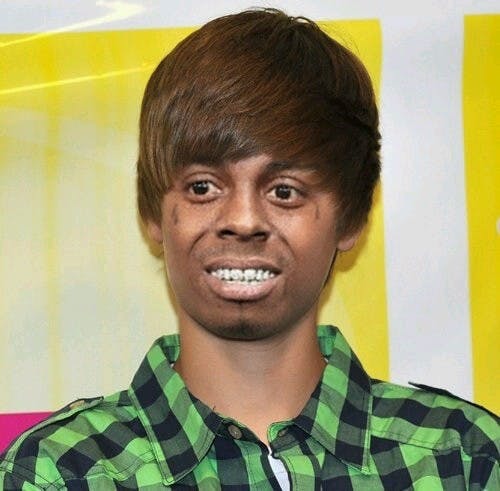 17) Interestingly enough, this (NSFW) fanfic is actually not too far off from how Bieber lost his virginity. 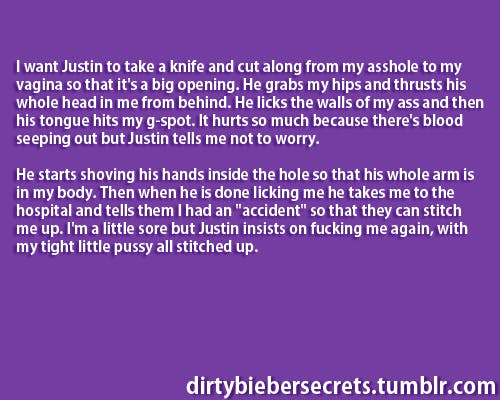 18) This NSFL photograph is how some schools successfully teach abstinence. 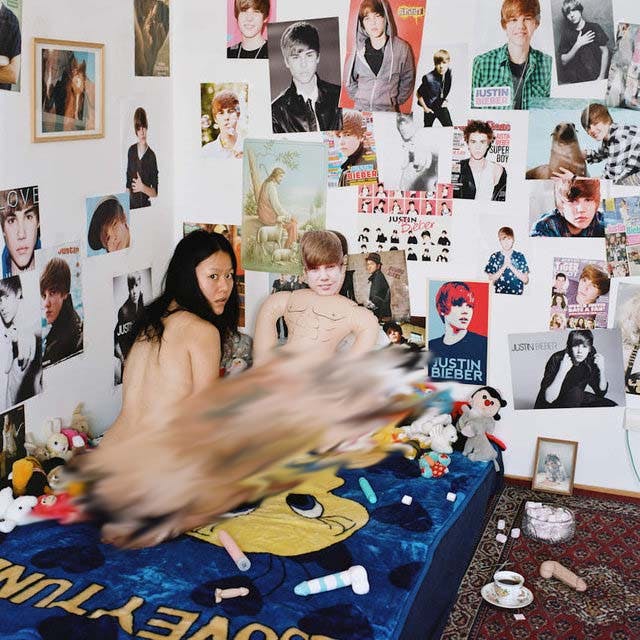 But all this is no match for the WTFness that goes on in Zac Efron fans’ rooms. 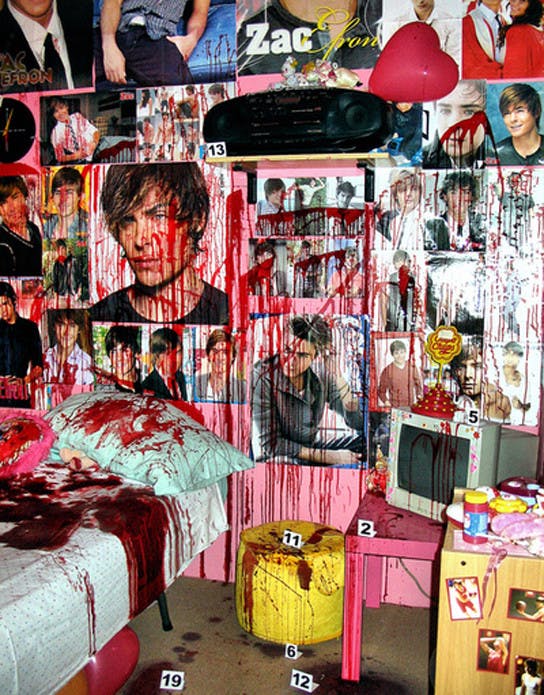