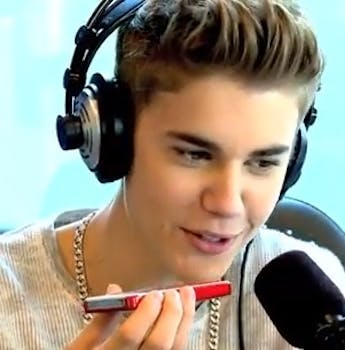 Justin may have seriously damaged his Beliebability.

Bieber pranked his tens of millions of Twitter followers Monday by tweeting, and quickly deleting, this phone number:

Seems like a sweet deal if you’re a fan of the Canadian star. There’s just one catch though. It’s not actually his number. It’s gossip site TMZ’s tip line. April Fool, etc.!

Bieber’s tweet was only live for a few moments, according to Examiner, which also notes that TMZ might be left with a hefty bill since it’s a toll-free number.

The Biebs tried to prolong the ruse by asking if everyone had called him. He also replied to one fan, thanking them for calling the number, even though they claimed they did no such thing.

Bieber has been vocal about gossipmongers of late. He posted a lengthy comment on an Instagram photo, in which he complained about reports that he was going to rehab and that his family was disappointed in him.

He has a track record in posting phone numbers on Twitter that might not be his own. Last March, a couple threatened legal action after he tweeted a phone number with the last digit missing and asked fans to call him. Fans apparently flooded the Texans’ phone with calls asking to speak with Bieber.

This time around, his legions of Beliebers seems a little more savvy.

Once bitten, twice shy and all that.