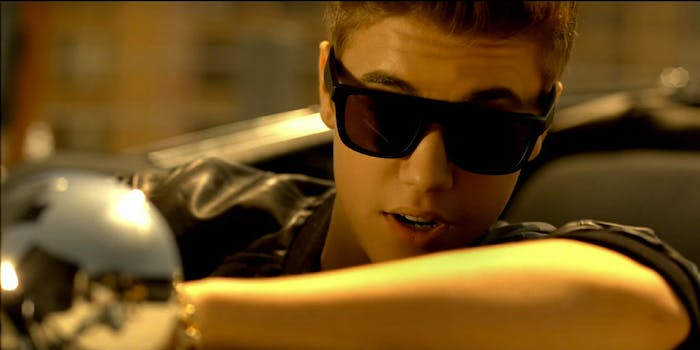 Bieber am not speak correct.

The popular singer, who are Canadian, released a song back in 2012 called “Boyfriend.” In that song, Bieber sang, “If I was your boyfriend, I’d never let you go,” but apparently that am not right.

An 11-year-old boy writed the Biebs a letter to this effect, and his teacher done posted it to Facebook.

In the letter, he say:

In the song, you can be heard – on a number of occasions – stating ‘If I was your boyfriend’: here you have clearly used the subjunctive mood incorrectly. The correct lyrics should, in fact, be ‘If I were your boyfriend’.

This is a very common mistake made by the general public today; however, if role models (and popular singer/song-writers) such as you cannot use it, why should we make the effort to study and use such grammatical forms correctly?

And while the kid ain’t wrong, you gotta admit, that song be kinda catchy.