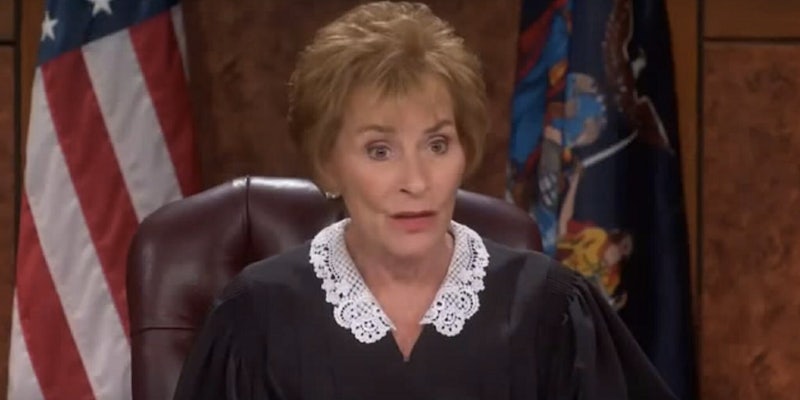 This is pretty priceless.

They say justice will be served, but who knew that it’d be whipped up so fast?

In this 2010 clip of Judge Judy—suddenly making the rounds again today online—two men are on stand for allegedly stealing the plaintiff Gina Paradeza’s purse. When she’s going through the list of items that were inside, one of the defendants pipes in to let the courtroom know that there wasn’t an earpiece in the purse. And just like that, the case is closed in 26 seconds.