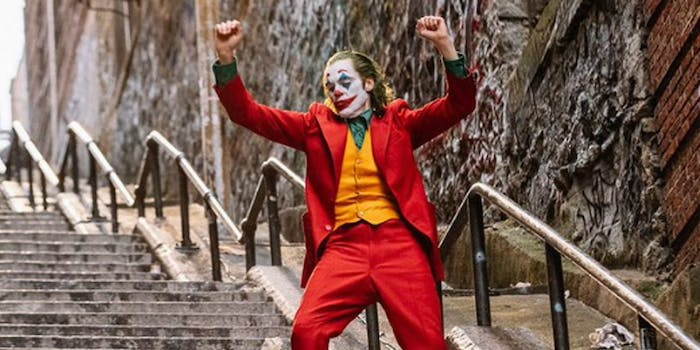 Lady Gaga is set to take on Harley Quinn.

Todd Phillips’ Joker made over $1 billion worldwide, sparked months of discourse, and became the rare comic book movie to also reach a grand level of prestige with two Oscars to its name. Naturally, a sequel was all but inevitable, but one recent development already turned the film into a meme goldmine.

On Monday, The Hollywood Reporter reported that Lady Gaga was in early talks to star in Joker: Folie à Deux. (According to the National Library of Medicine, “Folie à Deux” is “an identical or similar mental disorder affecting two or more individuals, usually the members of a close family.”) The deal is far from certain—even Joaquin Phoenix isn’t officially attached yet despite being photographed reading the Folie à Deux script written by Phillips and Scott Silver—but if Gaga were to sign on, she would be portraying Harley Quinn; it would be a different version of the character than the one portrayed by Margot Robbie in The Suicide Squad and Birds of Prey.

But perhaps the more intriguing thing than Gaga coming into to portray the DC fan favorite (and Joker’s on-again-off-again girlfriend) is that THR is also reporting that Folie à Deux is set to be a musical.

Does this mean that Folie à Deux might actually be good? Even more of a mess than Joker? While comic book movies often blend genres, musicals usually aren’t usually included in that (there are some exceptions in TV), so it’s unclear exactly what that it will entail. Gaga is more than capable of leading a musical, and thanks to the Johnny Cash biopic Walk the Line, we know that Phoenix could potentially do it, too.

Although, if a BossLogic fanart riffing on the La La Land poster first created in 2017 with Jared Leto’s Joker and Robbie’s Harley (and updated with Phoenix and Gaga) is any indication, it might not have been completely out of the realm of possibility.

What followed this report spreading widely online is nothing short of chaos.

The most obvious joke, one that many, many people made, was to riff off of Gaga’s “Poker Face.”

“Looking forward to hearing the same ‘Joker Face’ joke for the next 5 years,” the Lady Gaga fan account @gagadaily tweeted.

The musical, however, inspired more varied responses because of how unexpected it is. It’s daring enough that people who never wanted a Joker sequel to exist are at least intrigued by the concept. For people who were turned off by Joker fans who were drawn to the character’s more toxic attributes, seeing those fans freak out and be turned off about the prospect of a Joker musical is enough to delight them more.

One Joker’s line about how “we live in a society” works quite well when given an Italian spin courtesy of Gaga’s performance in House of Gucci.

Folie à Deux doesn’t yet have a release date (and we’ll have to see if Gaga signs on), but based on the premise and cast alone, it might have become one of the more intriguing films in the works.