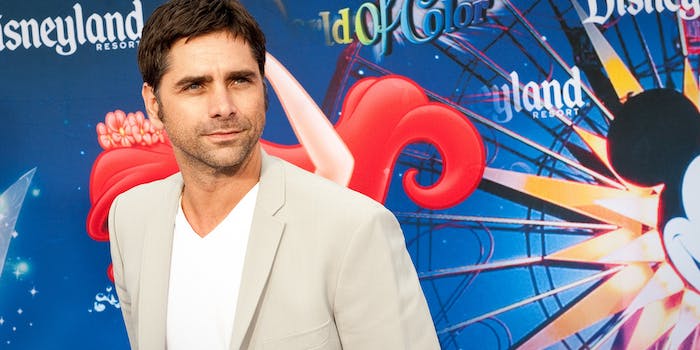 These roomies are 1 John Stamos away from a ‘Full House’

Mulleted men of Greek descent, here's your chance to make TV a reality.

And maybe you want someone who looks like Uncle Jesse from Full House.

One Craigslist user is offering space in his Chicago apartment only to tenants resembling John Stamos’ beloved, mulleted character from the 1980s sitcom. The lucky winner (if you want to call him that) will share the space with “two 30 year old dudes,” one of whom has recently had a daughter. 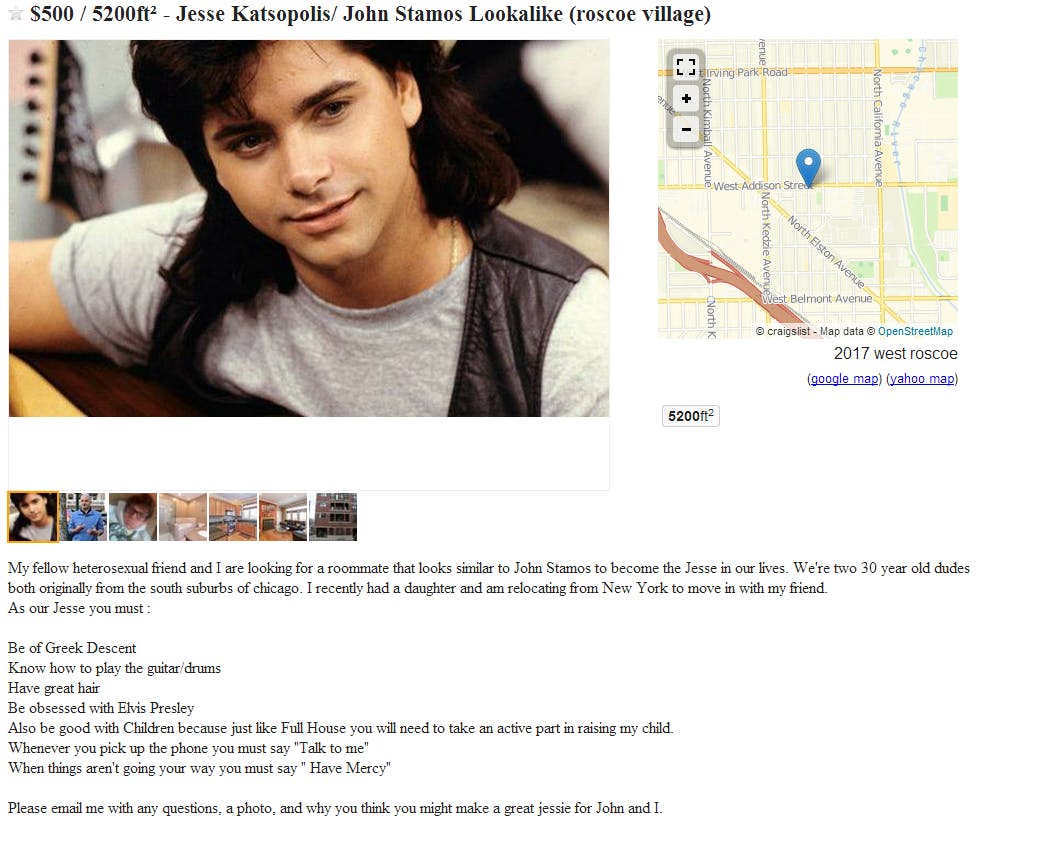 Greek descent, an obsession with Elvis Presley, and the ability to play both guitar and drums are all requirements. The ad doesn’t describe the other “dudes,” but it’s likely that one is an obsessive-compulsive neat-freak while the other is a wannabe comedian who has his own woodchuck puppet.

A mullet is optional, but encouraged.