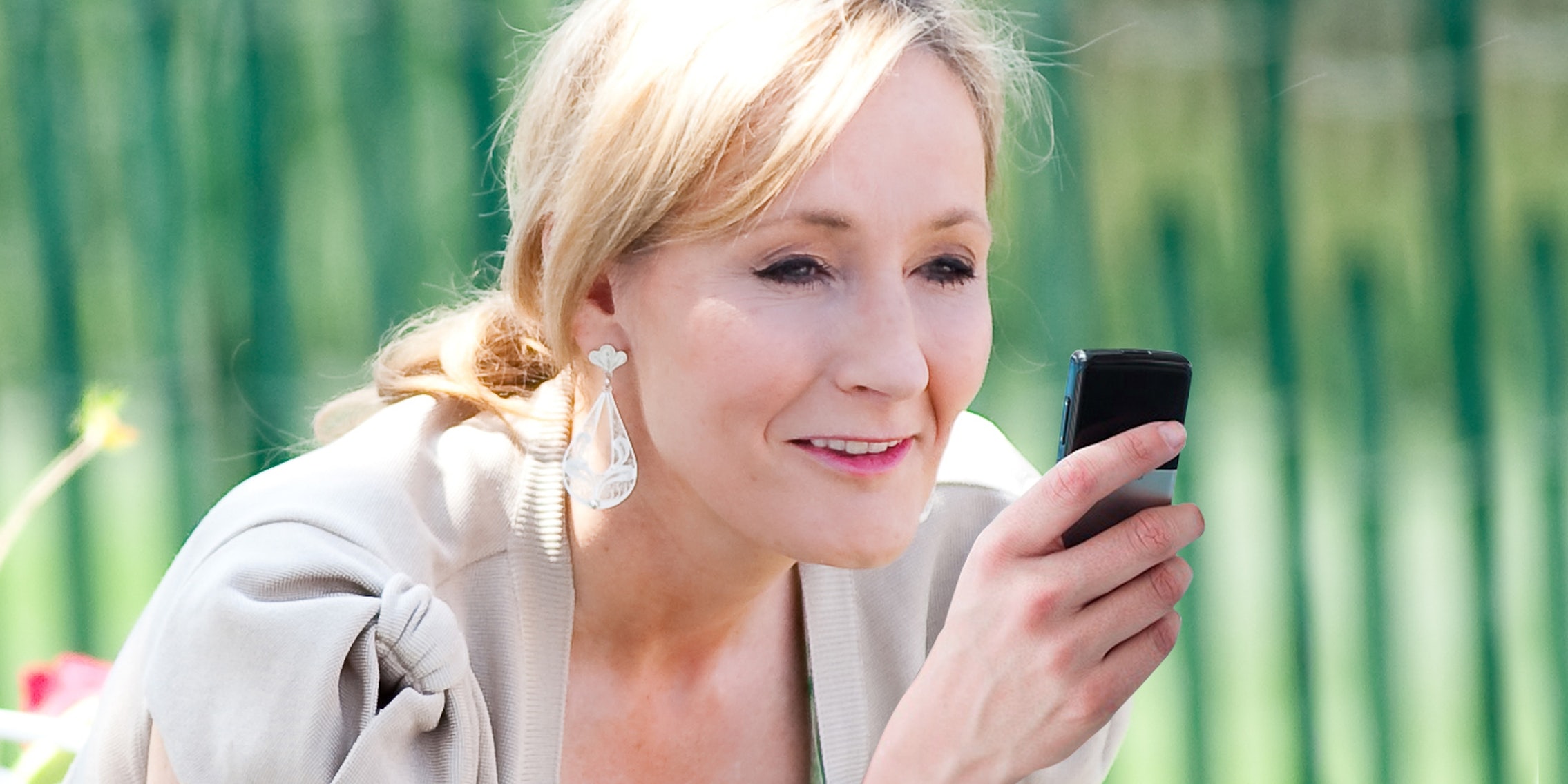 Here’s what happened when I corrected J.K. Rowling on Twitter

J.K. Rowling is definitely better at creating imaginary worlds filled with magic and teenage angst than she is at using social media. Her 3 million followers are treated to regular messages about charities, sports teams, and announcements about her new books. But, having enjoyed the Harry Potter series as a child, I thought I’d help J.K. Rowling out by tweeting her some advice. I was ill-prepared for what would happen next.

Just after midday on March 7, I noticed a new tweet from YA fantasy overpriestess J.K. Rowling. It included the nonhyphenated word “retweet,” but she had thrown a hyphen in there, making it “re-tweet.” I decided to let her know the hyphen was unnecessary.

That should have been the end of that particular tale. But it wasn’t. Minutes after I sent that tweet, J.K. Rowling apologized. But not to me.

Sorry James – retweet – could have saved a whole character.

As I saw the tweet appear in my timeline, I realized that it wasn’t a reply—it was sent to all of J.K. Rowling’s 3 million followers. She had subtweeted me—thrown shade in my direction without @-mentioning me.

Slightly dazed after reading a sarcastic apology from arguably the world’s most famous living author, I quickly went to work. Fans were already starting to speculate over the identity of James (was it Harry Potter’s father?) and they had even begun wondering whether Rowling was considering saving a character she had killed off. As soon as I shared the combined screenshots, the replies started appearing.

For some unknown reason, Harry Potter is still a very big deal in France. While the rest of the world has moved on to The Hunger Games, J.K. Rowling still commands considerable respect from French teenagers. As people began to realize what the subtweet was about, I started to receive some rather strange mentions on Twitter: 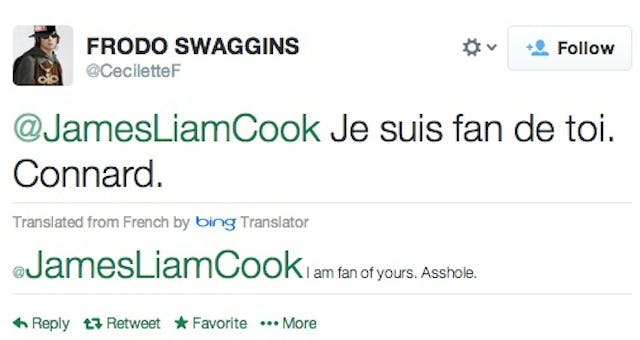 Thankfully, Bing Translate gave me a rough idea of what they were saying. 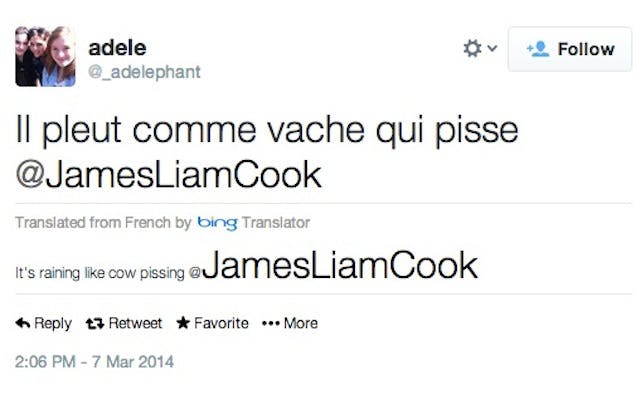 Unsure of where all of these French people were coming from, I did what anyone else would do in this situation: I searched for my name on Twitter. 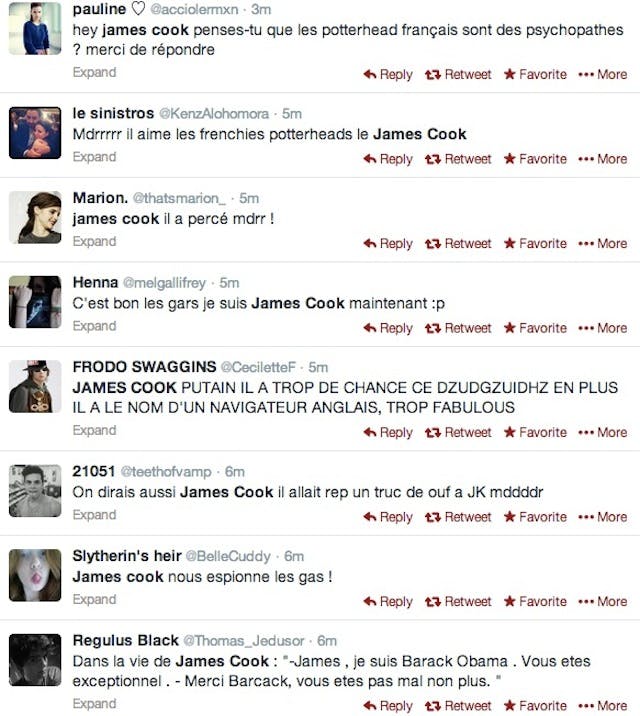 This was unexpected. With new tweets about me coming every minute, things began to get really strange.

Despite it being years since J.K. Rowling has done anything of note, her fans are as passionate as ever. But some were confused, wondering why their Twitter feed was clogged with mentions of my name:

I was similarly puzzled. My lunchtime was spent replying to people begging to be followed and attempting to decipher French insults that Bing couldn’t quite handle. Three hours after my tweet, things were only getting weirder. 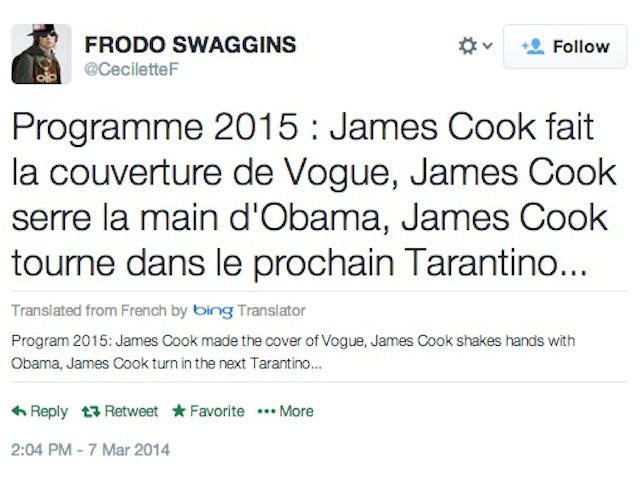 So what did I learn after J.K. Rowling subtweeted me?

Well, first of all: Harry Potter is still a big deal. The series, first published 17 years ago, still commands a devoted fandom.

Secondly, Twitter moves fast—really fast. Minutes after I posted my combined screenshot, “james cook” was trending in France. But by the end of the day, French “Potterheads” had moved on to the next big thing. 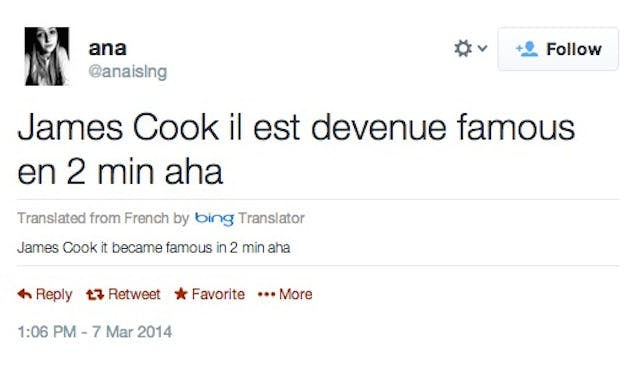 But perhaps the biggest lesson is that you can learn a lot about yourself on Twitter and Bing Translate. This tweet, for example, still rings true. 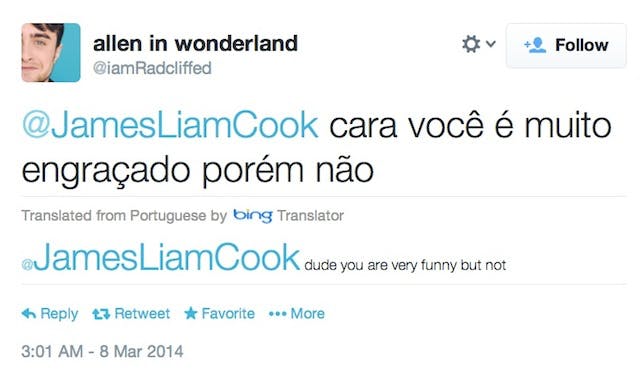