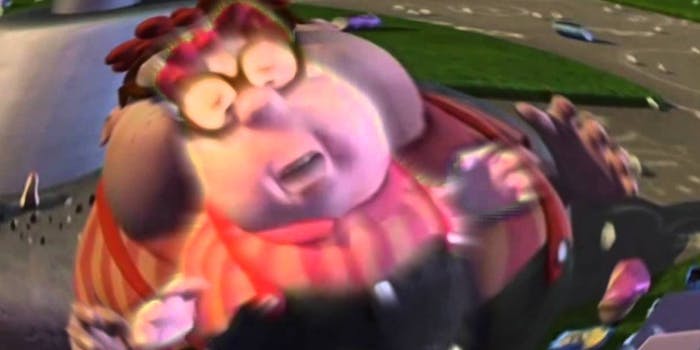 How a croissant in ‘Jimmy Neutron’ became a dank meme

The real star of 'Jimmy Neutron' is Carl Wheezer.

In a world without memes, Nickelodeon’s Jimmy Neutron: Boy Genius would be fondly remembered as a slice of computer-animated early-2000s nostalgia. But in the world as it is, where meme culture colors the way a generation relates to the media of its childhood, Jimmy Neutron will be remembered for one thing: Carl Wheezer’s croissant.

Carl is Jimmy Neutron’s neurotic, red-headed best friend who often serves as a guinea pig for Jimmy’s cool inventions. He also loves to eat, which leads us to his most important scene. In the episode “Lights! Camera! Danger!” from season three of the Jimmy Neutron TV show, he asked a fake movie director (modeled after Quentin Tarantino), “Are you going to finish that croissant?”

Driven by Carl’s exaggerated, faux-French pronunciation of “cwossant,” the line became a standalone meme, completely divorced from its original context. On YouTube, it’s been endlessly repeated and remixed since at least 2012. As YouTube’s dominant aesthetic has shifted over the years, “croissant” has shifted with it.

Back when YouTube’s maximum video length was 10 minutes, repeating a single word or line for 10 minutes straight was a funny novelty. Now, of course, we have 10-hour novelty videos, but this 10-minute mix of Carl repeating “croissant” until it becomes entirely meaningless was very typical of the style at the time:

“Croissant” was also a staple of “YouTube Poop”-style videos, frenetic pop-culture mashups whose humor value is basically that they don’t make any sense. This video of Carl giving birth to a croissant, for example, has 50,000 views:

The latest addition to the croissant canon is a custom remix by MET∆TRON, entitled “Croissant Off.” It bumps:

It came out in June, and people loved it so much that they gave it its own 10-hour loop.

As memes have become increasingly inbred, and every new meme is instantly combined with previous ones, croissant videos have followed the same path. Here’s a croissant mashup with “We Are Number One,” a major meme from the kids’ show LazyTown:

“Croissant” has been around for at least five years, and it has adapted and thrived in a constantly shifting meme landscape. Carl Wheezer is the true hero of Jimmy Neutron, and he deserves all the croissants he can eat.