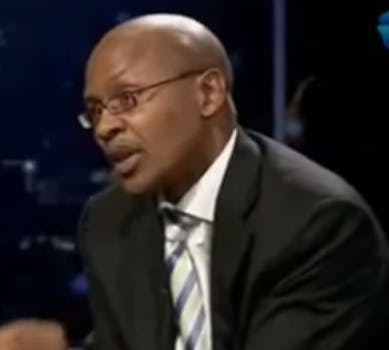 A high-ranking South African official has become the victim of a social media impersonation campaign. And he’s not happy about it.

Jimmy Manyi, the South Africa cabinet spokesperson and CEO of the Government Communication and Information System (GCIS), is “shocked” that there are people impersonating him on Facebook.

At least two accounts are purporting to be Manyi. One with the username Jimmy Manyi has 286 friends, while Jimmy Mzwanele Manyı has more than 1100.

The GCIS is concerned that the impostors may be “misleading the public” since Manyi holds a position where he’s trusted with communicating important information on the cabinet’s behalf. The agency is working with law enforcement agencies to ferret out the perpetrators.

“It is shocking and outrageous to find myself confronted with these devious and illegal acts,” Manyi said.

A GCIS spokesperson urged the imposters to stop communicating with the public while pretending to be Manyi.

“I am not active on Facebook and all the communication taking place in my name on Facebook is misleading,” Manyi claimed.

In 2010, the youth league of the African National Congress, South Africa’s ruling party, criticized Twitter over several accounts that impersonated Julius Malema, its president at the time.

A Youth League spokesman warned then that the “laws of this country will come down very hard” on the impersonators. The spokesman called for all of Twitter to be shut down if “its administrators [were] not able to administer reports for violation of basic human rights and integrity”.