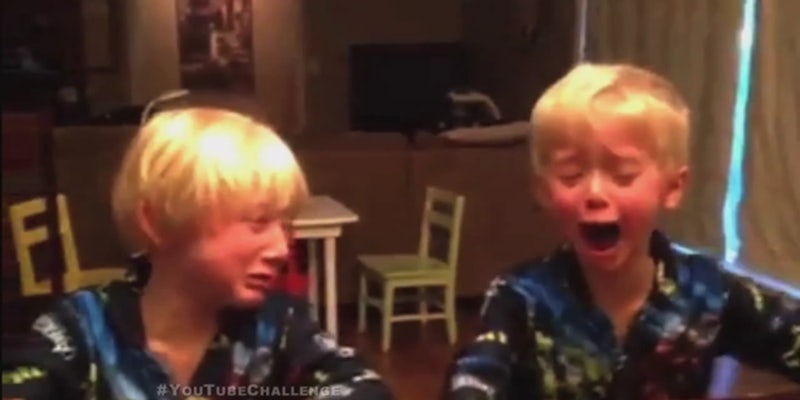 If you eat all your kid's Halloween candy and don't film the reaction, did it even happen?

Is Jimmy Kimmel a sadist whose blood has been replaced by children’s tears? You have to wonder after his third annual YouTube Halloween challenge, in which he asked parents to tell their kids they ate all their Halloween candy, then film the reactions. Last night on his show, he debuted the best ones.

Pranking kids on Halloween has long been a viral favorite. Even GoPro got in on the action this year. But there’s something about these kids’ reactions that’s so pure and unfiltered. The drama! The tears! The desperate cries! Some of these kids give Oscar-worthy performances. Some are actually OK with the revelation that their candy is gone. The balance of tragedy and comedy is riveting.

For six minutes, we see the histrionic side of the holiday after the costumes come off. As Kimmel says in the intro, Halloween is the first time these kids have really earned anything.