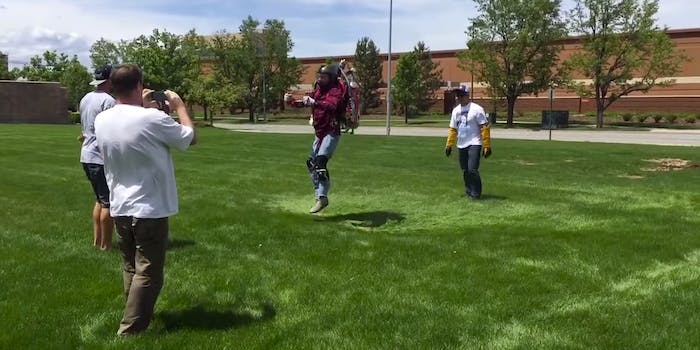 Man stumbles upon some dudes testing out a freakin’ jetpack

It’s not a bird or a plane—or even Supergirl. It’s something even more futuristic.

Sure, you probably won’t encounter any of these guys and their jetpack during your morning commute, but a man biking along randomly caught a crazy-contraption learning session during his ride.

It could’ve easily turned into an episode of Jackass at any moment, but it’s clear the pilots know what they’re doing. The person with the jetpack strapped to him hasn’t quite mastered the art of it yet (or the machine might not be quite ready), but what he did manage is more than most of us can say we’ve done. The adrenaline junkie in all of us is already jealous.

Hopefully it’s only a matter of time before we’re all zooming around.