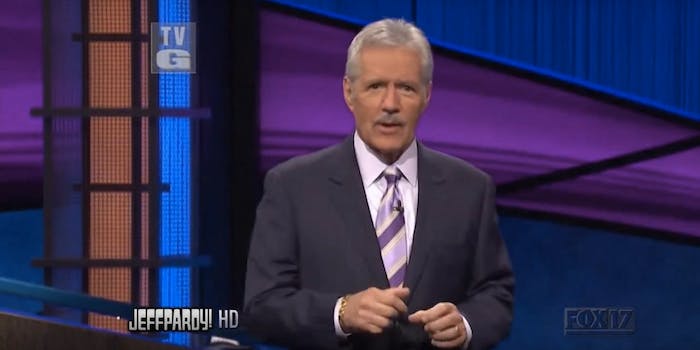 People made fun of this ‘Jeopardy!’ winner’s uptalk—but the joke’s on them

Nobody's talking about her Vanderbilt and Yale education.

Joining Ken Jennings, Julia Collins, and Jeff in the Jeopardy! hall of fame is Georgia attorney Laura Ashby. But while she has reigned supreme for more than just a couple of episodes this past month, people have been paying attention to something other than her wins—it’s her uptalking.

The way Ashby ends her sentences with that upward inflection has gotten the Internet chattering, with a lot of people making fun of her speech patterns. One Twitter user has even suggested she get her voice box removed; another, of course, created a parody account for her voice.

Even my FIVE year old asked what the deal was with Laura Ashby's voice. #Jeopardy

Laura Ashby, you just made me watch Jeopardy on mute for the first time in my life. Speech therapy. Please. #lauraonjeopardy

Laura’s #Jeopardy run may be done, but her husband still has to live with hearing her talk. Say a prayer for himmmmmm.

Thankfully, there have been others sticking up for the Jeopardy! champ. These supporters are quick to point out that while people might be saying awful things about her, she’s still a whole lot smarter than them and, after her winning run, probably a fair deal richer as well..

Oh, and she also has degrees from both Yale and Vanderbilt.

sorry that #LauraAshby lost on #Jeopardy. And she's probably 1000% smarter than most of the yahoos criticizing her voice.

Uptalk isn’t a new thing. You know at least one person that tends to talk like this. And, as New York points out, William and Mary sociologist Thomas Linneman looked at 100 episodes of the game show in 2012 and found that contestants use uptalk 37 percent of the time. So really, it just sounds like the Internet chose Ashby as an easy target to crack jokes about. Ashby may have gone home on Tuesday night, but at least she has $36,802 in winnings to drown out the sounds of all those haters.