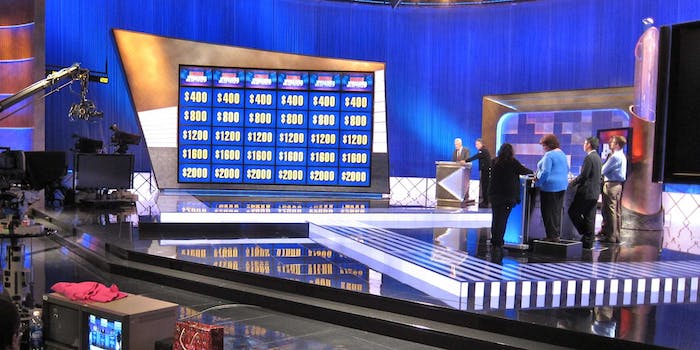 Nothing is more embarrassing than this man’s ‘Jeopardy!’ answer

If only Chris Hansen had been in the audience.

It’s one thing to answer a trivia question incorrectly on a nationally televised game show. It’s quite another thing for your incorrect answer to suggest that you believe 12-year-old girls can legally consent to sexual acts.

One poor Jeopardy contestant is grappling with the embarrassment of the latter scenario after offering what can only be described as an extremely awkward response to an otherwise straightforward piece of trivia.

Try not to cringe as you watch this clip.

The correct response was obviously “What is puberty?”—unless you’re contestant Tom.

When the seconds are ticking away, quick thinking and tremendous pressure can lead to some pretty funny game-show answers. We’ll forgive Tom for his off-the-cuff response, but this incident will probably follow him around for a little while.