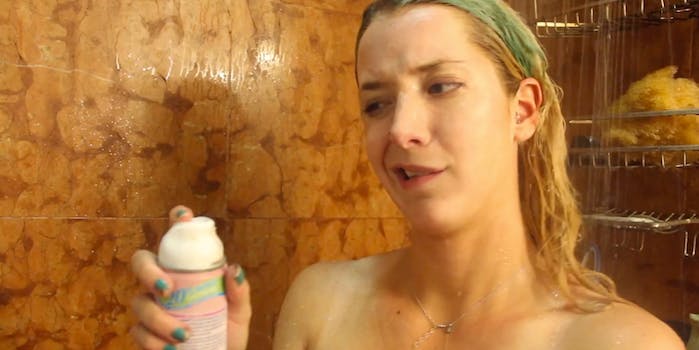 Jenna Marbles’s showers are way more fun than yours

What do women do in the shower? Here's everything you ever wanted to know. Clearly, men are missing out on all the fun.

We still don’t know why Stonehenge was created, but now we finally have the answer to one of life’s other great mysteries: why women take so long in the shower.

Jenna Marbles has been comparing the habits of men and women for some time now. She’s covered getting ready in the morning and how we fall asleep. The differences usually boil down to what we need to accomplish during the task at hand, but as she demonstrates, it’s so much more than that.

Clearly, men are missing out on all the fun. Not only are we under the water longer, we get a complimentary shower beer and karaoke. And then there’s the washing, shaving, scrubbing, and brushing. It’s an experience. A whole spa’s worth of excitement in one tub.

But when the conditioner won’t come out, well, say goodbye to your afternoon.

With one question answered, that just leaves us to ask even more pressing questions about group trips to the bathroom.