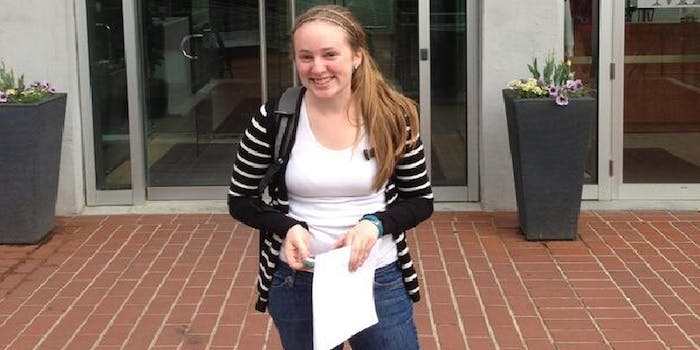 Teen developer codes her way to a Twitter internship

Lamere hit headlines earlier this month after she created Twivo, which blocks out certain keywords to protect you from TV-show spoilers on Twitter. The app is now a couple of weeks away from its official launch.

Twivo was the only woman-submitted project at TV Next, a hackathon in Boston. It was the only solo project too. She scooped the grand prize, beating out teams from event sponsors such as Klout and ESPN.

On Thursday afternoon, she shared her good news on—where else?—Twitter.

Super excited to intern at @twitter @crashlytics this summer!

Lamere, 18, will be working closely with the company’s Crashlytics team on a crash-reporting tool Twitter acquired earlier in the year. Lamere’s father, also a developer, tweeted a photo of her receiving the offer letter.

The internship is a positive note in Lamere’s already upbeat story. Thankfully, there were no spoilers in sharing her news.