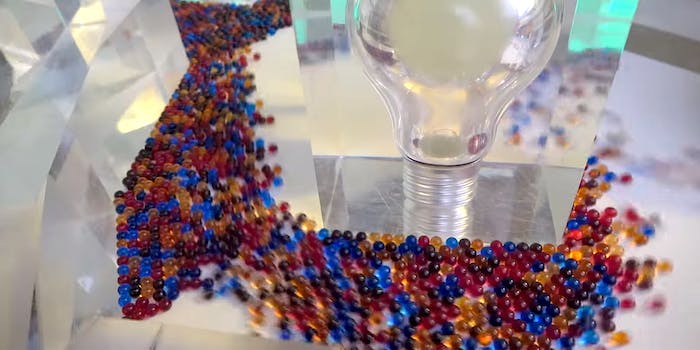 Take your mind off everything and watch 100,000 marbles complete a run

It's also impressive as a maze.

The dumpster fire that is 2016 keeps burning away as more awful surprises are released on a daily basis than we can possibly keep up with. It can be pretty overwhelming for a lot of people, for a multitude of reasons, but those needing a break now have a soothing alternative.

And that would be this video of 100,000 small marbles (3mm in diameter) traveling down a run.

Designed by Jelle Bakker, the course is full of twists, turns, walls, and transparent containers so that we can watch the marbles travel in real time. He even used marbles to spell out “100,000 marbles” before they all went sliding down. It’s impressive on its own, but the consistent rolling of marbles is immensely satisfying to watch and hear.

And for a few minutes, that’s all that matters.