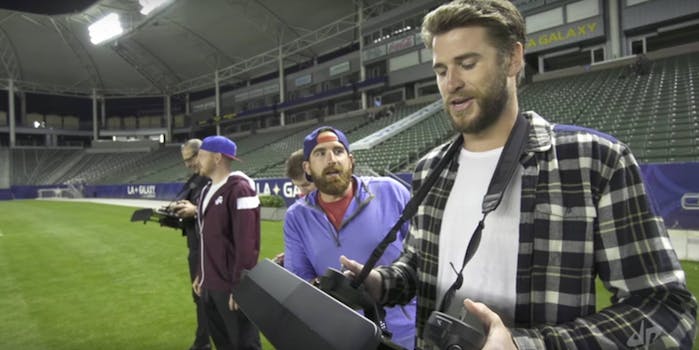 Watch Jeff Goldblum and Liam Hemsworth race drones, because life is a gift

They can handle an alien invasion, but what about drones?

Liam Hemsworth and Jeff Goldblum may be able to handle flying ships during another alien invasion in Independence Day: Resurgence, but how do they fare with a couple of drones?

The two actors teamed up with Dude Perfect to compete in a giant drone race complete with a series of obstacles, and it went pretty much the way you’d expect. Goldblum’s just along for the ride, but Hemsworth is a natural as he plays with fire and comes out victorious in his first race, just like any action hero would.

They get to fly some drones, but the trash talking is just as delightful—and from them, we wouldn’t expect any less.