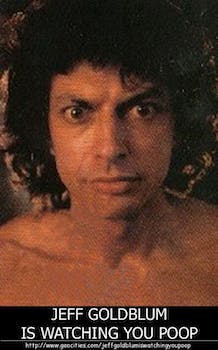 In the pre-Facebook era, one meme ruled because it was physically reposted on actual walls.

Years ago, Jeff Goldblum had a vested interest in your bowel movements.

Before memes became ubiquitous in the mid-2000s, they were simply nondescript or nonsensical images and unsourced video clips, spread out on various community websites.

Memes would circulate, but without the social-sharing power of Facebook and Reddit, their subjects never became megastars.

Pre-Facebook, this meme ruled because it was posted and reposted on actual walls.

This is Jeff Goldblum Is Watching You Poop. 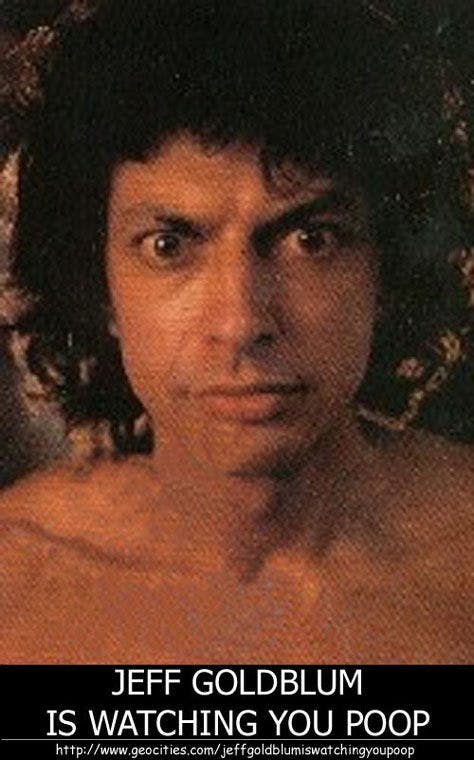 At the time, the meme didn’t make much sense: Back in 2002, before mobile phones made toilet browsing a necessity, computers seldom entered the bathroom. But the image macro was printed out and hung in restrooms everywhere.

I personally have one in my own bathroom, perfectly eye-level with anyone who sits down on the toilet. No, really: 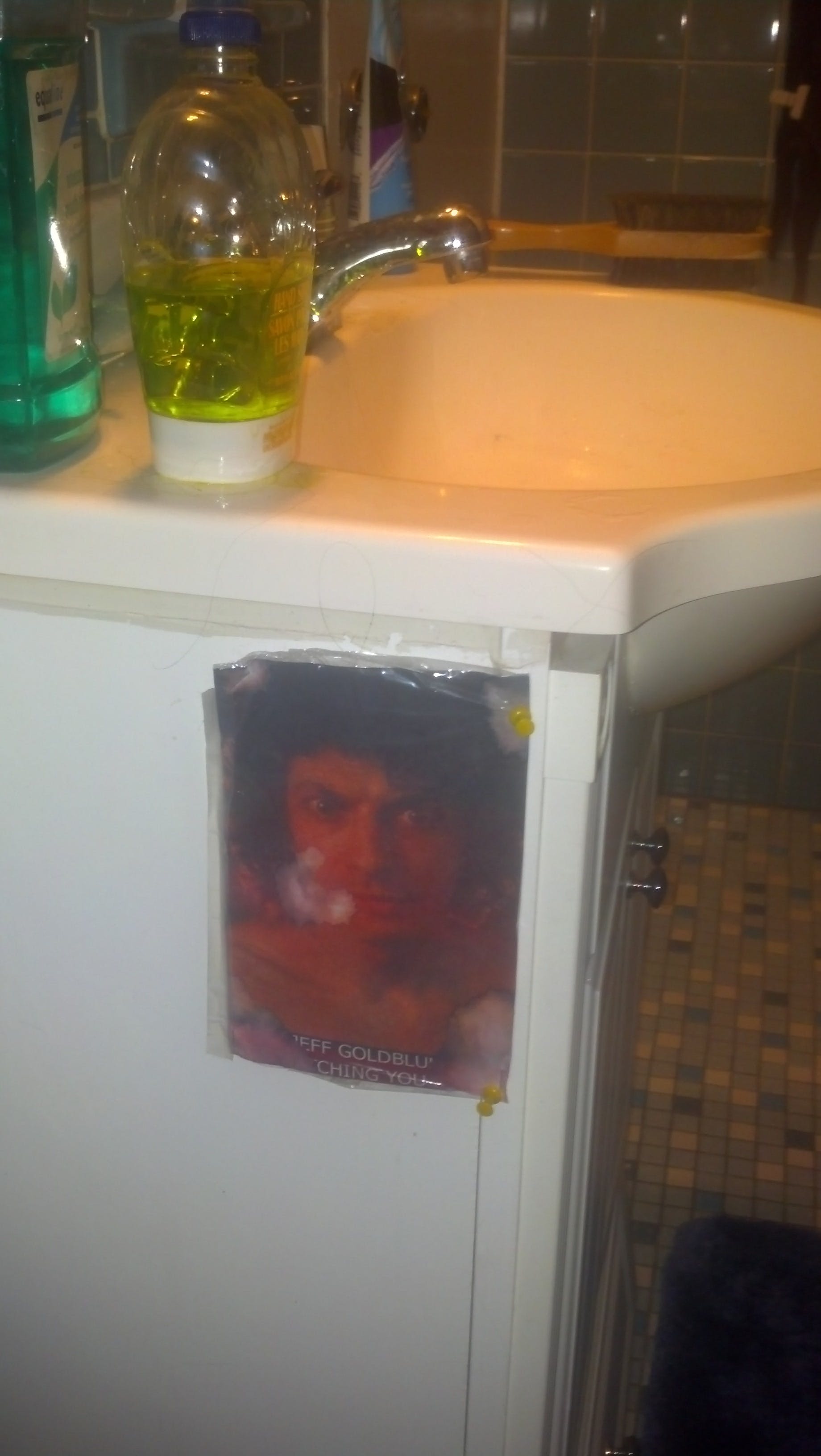 As Goldblum’s fascination with your poo became widely circulated, it of course spawned spinoff images. The most well-known of these was Christopher Walken Is Watching You Pee: 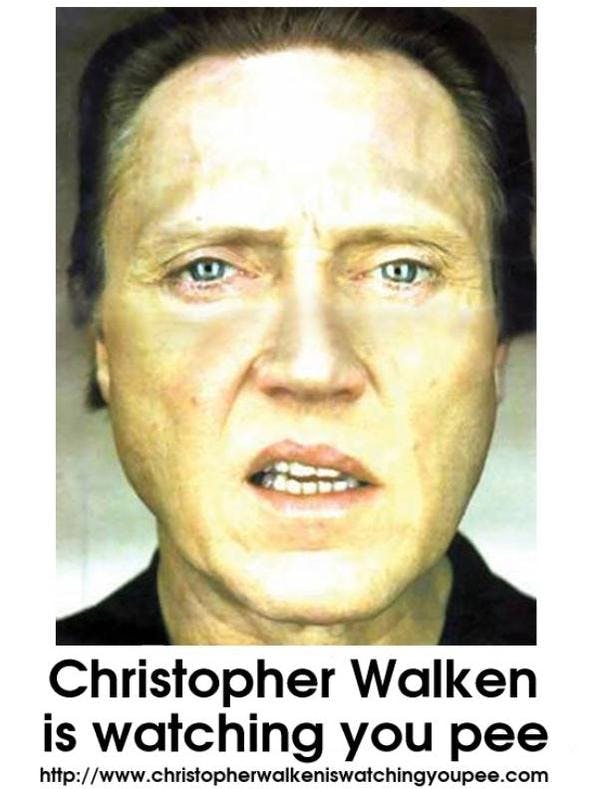 While Goldblum and Walken reigned supreme among the actors witnessing the production of excrement, many others temporarily joined their ranks. 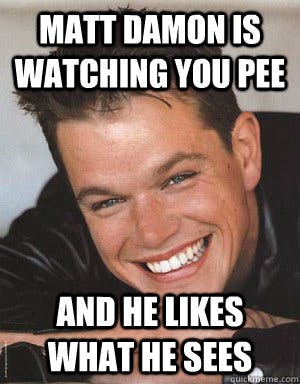 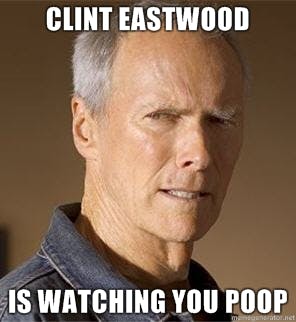 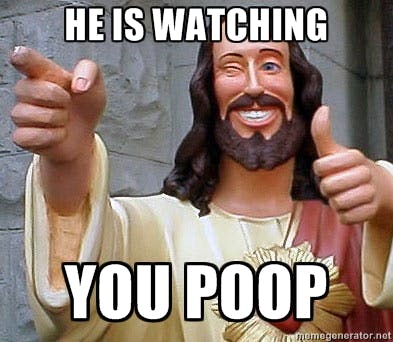 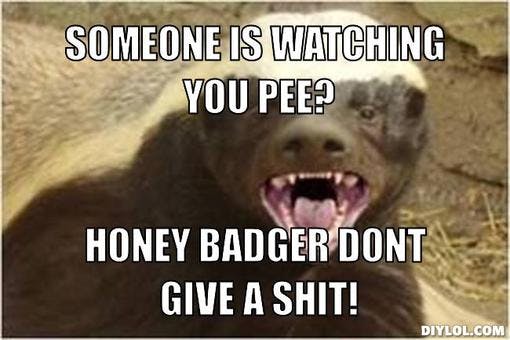