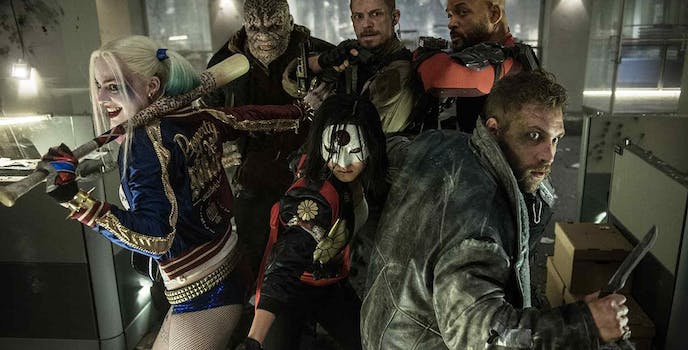 It's time to start asking the tough questions.

The New York Post front page headline was clickbait before there was clickbait, the ultimate troll in giant Bodoni Poster Black italic letters. Over the years, the Post has brought us such timeless classics as “Obama Beats Wiener,” “Tiger Pulls Out,” and “Osama Bin Wankin,’” but Thursday’s headline is perhaps peak Post—applying its trademark tastelessness to tabloid tragedy. After Jared Fogle, the one-time spokesman for Subway, pled guilty to charges of child sexual abuse, the Post condemned him with a rape joke: “Enjoy a Foot Long in Jail.”

To an extent, Jared Fogle’s affliction was toxic masculinity, the idea that he was entitled to access female bodies, no matter their age or the blatant immorality and illegality of his behavior. “The younger the girl, the better,” Fogle reportedly said in regards to hiring underage prostitutes. According to court documents, the sandwich celebrity admitted to sexual misconduct with two minors, in addition to possessing child pornography, some of which filmed kids as young as six years old.

What he did is unconscionable and disgusting on every possible level, leveraging his relative fame to commit wrongdoing. It’s also a familiar pattern. As my colleague Derrick Clifton argued, Fogle is indicative of the “nice guy” syndrome—in which men use their perceived wholesome image to validate awful deeds. This applies to men like Bill Cosby and former Penn State assistant coach Jerry Sandusky. According to Clifton, “Fogle likely believed he could get away with it, because his affable public persona would shield him from any criticism. He thought of himself, as many Americans did, as a ‘nice guy.’”

That’s likely the case, but we can’t downplay the importance of the victims’ ages in Jared Fogle’s crimes. It’s not just about privilege—it’s about pathology. In a controversial Louis C.K. monologue from Saturday Night Live earlier this year, C.K. shined a light on the twisted logic of sexual abuse: “When you consider the risk of being a child molester… there is no worse life to a human than being a caught child molester. And yet they still do it! Which from you can only really surmise that it must be really good—from their point of view, not ours.”

It might have seemed tasteless, but he was pointing out something important—in order to commit child abuse, you must really, really, really want to do it. It’s also a much better punchline than the New York Post headline, which is an example of a pretty old, tired joke: If someone goes to prison, they deserve what they get, as if their own sexual assault offers some semblance of justice for their victims. However, there is no justice in rape—especially because it further advocates a model where we punish sex criminals after the fact, rather than reducing harm before it occurs.

This is the motivation behind a recent decision in Gloucester, Massachusetts, to treat heroin addicts more like patients battling an illness. According to Chief Leonard Campanello, the city’s police force is “committed to the idea of attacking the demand rather than attacking the supply,” and the same could be said for child molesters. Last October, Stephen Collins confessed to a pedophilic pathology that had many of the hallmarks of addiction. I wrote at the time, “What Collins describes isn’t a one-time offense, like a drunk guy at a frat might claim after a same-sex hookup; Collins confessed to a repeated pattern of sexual desires.”

It might have seemed tasteless, but he was pointing out something important—in order to commit child abuse, you must really, really, really want to do it.

Many pedophiles are like Collins—not just one-time perverts but repeat offenders unable to control their desires. According to the New York State Division of Criminal Justice Services, nearly 35 percent of abusers who target young boys will act a second time, while 16 percent of molesters who abuse girls will do it again. Those rates are even higher if the person is convicted of sexual abuse—37 percent of those with a molestation charge will harm another child. Clearly whatever we’re doing to stop men like Stephen Collins and Jared Fogle isn’t working.

As Sarah Kaplan points out in the Washington Post, this is due to a stunning lack of information around pedophilia and minor attraction—which makes treating it difficult. “The science of sexual disorders, termed paraphilias, is far less developed than other areas of psychiatry, and there are few resources for treating potential abusers,” Kaplan writes. “There’s almost no way to identify child abusers before they commit a crime, at which point it’s already too late.” Even when it comes to research, studying pedophilia is difficult because, as Kaplan explains, there aren’t “enough pedophiles willing to self-report.”

The overwhelming amount of stigma further prevents pedophiles and minor-attracted persons from speaking up and getting treatment before they commit acts of abuse. Many states, like California, have laws on the books requiring therapists to notify authorities when patients confess to underage fantasies or longings—even if they haven’t committed any sort of actual wrongdoing. What this does is punish desire itself, meaning that those who may be about to commit a crime are unable to seek help.

This is where Europe appears to be far ahead of the U.S. In Berlin, the Charlté Hospital started a campaign to encourage Germans dealing with unnatural attractions to sign up for one of its therapeutic programs. Around the city, posters asked Berliners: “Do you love children more than you would like?” That inquiry may induce a wince or a shiver among those who would prefer not to discuss it, but according to Germany’s Der Spiegel, it’s an important one.

“The offer is directed at a minority, but the minority is a large one: About one percent of all men aged between 17 and 80 are considered pedophiles, according to the calculations of sexologists and the estimates of international medical panels,” Der Spiegel’s Bruno Schrep writes. “That’s 290,000 men in Germany alone—almost as many as suffer from Parkinson’s disease.” According to Schrep, the hospital’s program is intended to prevent the estimated “14,000 cases of child abuse” that German police see every year. Many more will go unreported.

This reflects new understandings that show being attracted to children isn’t a choice, and online support groups like Virtuous Pedophiles offer ”peer support and information about available resources to help virtuous pedophiles remain law-abiding, and lead happy, productive lives.” According to the site’s co-founder, Nick Devin, who identifies himself as “in [his] mid-60s and married, with four adult children,“ living with this affliction is possible. “I’ve resisted my sex drive for more than fifty years, and I’m long past the age where acting on it is even a remote possibility,” he writes.

While those testimonials are an important step in helping pedophiles and minor-attracted people find community, the shame and overwhelming stigma will ensure many others remain silent. It’s easy to simply demonize people like Jared Fogle as monsters, and given the details coming out about his sexual offenses, it’s more than understandable. It’s easier to lock Fogle up and throw away the key, letting karma have its way in the jailhouse. But if we care at all about the children affected by this issue, it’s time to start asking the hard questions.