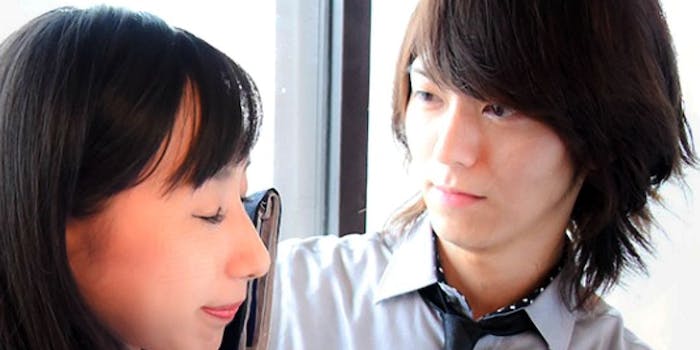 Who needs mom when you've got a hot dude to chase your tears away?

If the inevitable breakup between you and your Japanese ramen noodle virtual date has left you devastated, or if the death of your Japanese robot dog is too much to bear, one company has a way to make you feel better.

Now, instead of crying alone in the bathroom, you can hire a handsome Japanese gentleman to wipe away your tears. Because sometimes lifting a tissue all the way to your face is too much of an effort as the salty tears of your sadness run fast-flowing rivers down your cheeks to drown your heart.

Ikemeso—which, according to Rocket News 24, combines the words ikemen (hot guy) and mesomeso (crying)—rents out attractive men who are apparently licensed in therapeutic crying and will arrive at your workplace to show you a video that’s meant to make you eyes water.

Then, said handsome gentleman will wipe your tears with a cloth.

It’s not just about making you feel better, though. As Rocket News 24 noted, “it’s believed that seeing everyone [at work] together in such a ‘natural and honest’ state will improve communication and lead to better morale overall.” Which is a pretty great feat for a service that costs 7,900 yen (about $65).

But you’ll probably want a look at the men who will be comforting you with their soft words and even softer hands. 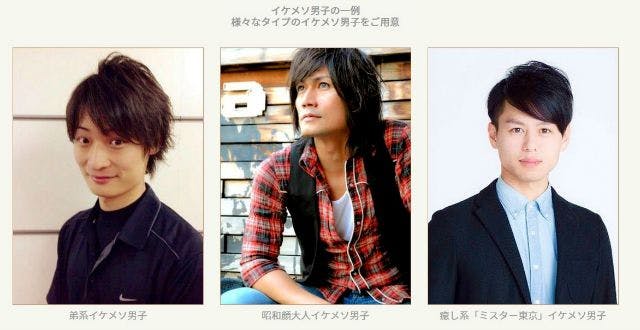 We’re not sure what the deal is with the dude with the toothbrush, but maybe it’s not a terrible idea to brush your teeth after you have a good cry.

“Japanese women are under tremendous stress at the office here in Tokyo, which often ends in tears. We are here to provide a kind word and brush the tears away by one of our seven lovely men on call,” Hiroki Terai, the creator of Ikemeso, has said, according to Oddity Central. “More and more women are trying to hold down professional jobs these days, but the male-dominated, workaholic workforce makes it hard for them. We want such put-upon women to have a good cry and feel better when they feel targeted.”

This service sounds nearly as good as when you were a kid with a skinned knee or hurt feelings and your mom put her arms around you and held you while you sobbed the pain away. If only your mom was a hot Japanese man who made office calls, life would be pretty much perfect.