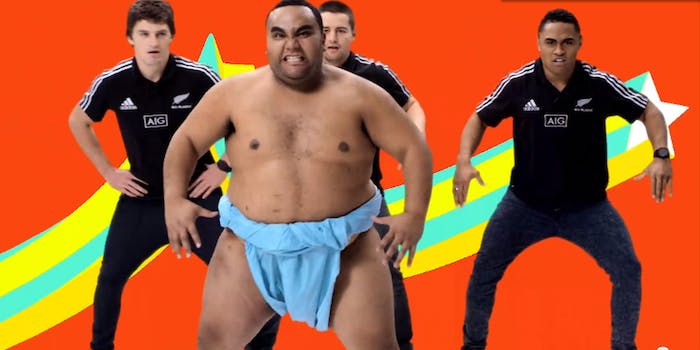 The best Japanese commercial that never was

Turns out you can get people to do just about anything if they think it’s for a Japanese commercial.

Turns out you can get people to do just about anything if they think it’s for a Japanese commercial.

Like a bizarro version of Punk’d, the elaborate stunt utilizes a director, interpreter, sumo wrestler, gong, ninja, and a costumed squid to convince the players they’re promoting something called Honzai Noodles. In short order, they’re dancing with Harajuku Girls, air-swimming to avoid imaginary sharks, wearing noodle wigs, and passing a bowl of Honzai like a rugby ball.

It’s damn good comedy made even better by its notable cause: Red Nose Day, an annual fundraiser that encourages participants to “do something funny for money.” The even garnered more than $1.4 million in New Zealand.

To skip straight to the commercial, jump to the 6:12 mark.