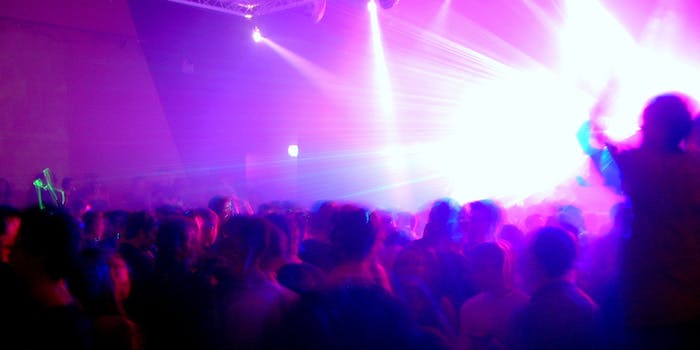 Turn down for what?

It’s only been a week since Japan finally changed its restrictive law banning dancing in clubs after midnight, and already people are getting extreme.

The law—known colloquially as fueiho—covers far more than dancing, as it dates back to 1948, when hitting the club was also a colloquialism for hittin’ up prostitutes, etc. Fueiho even put limits on club size, which made venues just that much more intimate and inaccessible. It was either the coolest restriction for hipster folks who somehow got into said clubs and felt exclusive for it, or the worst for anyone with claustrophobia issues. Given the recent crop of “nonstop sexy porn girl Japan cute” night club videos where whole warehouses have been taken over by bikini-clad hype women, it’s safe to say the whole country is thrilled to be back to dancin’ after dark.

Japan had said the policies were for the sake of decency, but most people ignored them until a partier was murdered in 2010. The country, which had previously been ignoring all the hedonism going on, turned their “I told you so” into an all-out crackdown using the archaic law. Suddenly, tons of venues shuttered all at once, and the plot of Footloose finally become a reality (and Blue Heaven a proxy for every single night club in Japan).

The law was revised Wednesday, June 17, to the cheers of EDM button-pushers around the world who’d been waiting their entire lives, man to one day host an all-night dubstep blowout in some Osaka hole in the wall. Knowing that today’s dance music is all about the light show, Japan got one more jab in for decency’s sake by enacting a bizarre 10-lux lighting policy to prevent all the hedonistic shit they knew everyone was after from actually happening. This surprisingly well-exposed video of Japanese clubgoers absolutely losing their shit and also playing some type of rock paper scissors game next to a toilet sheds some light on that 10 lux thing:

Lighting authority (and megacorporation that could make serious bank on this law) Panasonic equates 10 lux with the dim lighting of a movie theater. Bear in mind that plenty of people still get down in theaters, even if those kinds of theaters have turned into endangered porn store relics and X-rated movies are now just something to laugh at. What’s really strange is that police will actually be measuring and enforcing the luminescence thing, according to Japan Times. We can only imagine what state-issued light meters look like. To Japan, we say: Party on all through the night, with all the ambiance of the closing credits to 22 Jump Street.