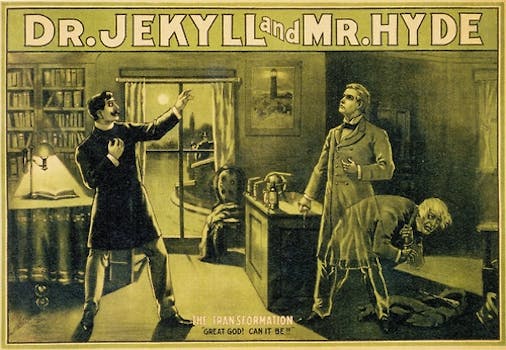 If you ever need to despair at the state of human relationships, just spend a bit of time on OKCupid. There you, too, can experience:

These are all real messages and visitors I’ve received. Strangely, all of them came recently—right after I changed my status from “Single” to “Seeing Someone” (aren’t you intrigued?). The senders were, almost without exception, very blunt in their intent. I’m a 41 year old woman who’s had many relationships, been married and divorced, and encountered pretty much every type of man you can imagine. And yet men still continue to perplex me on a regular basis. 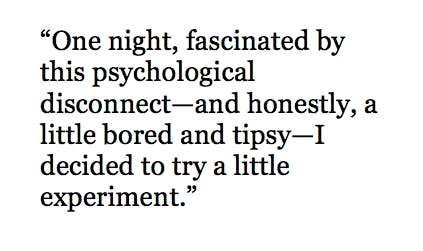 Take, for example, how many men will try to “seduce” a lady. The biggest existing myth about women is that they aren’t obsessed with sex. That kink offends them, though Fifty Shades of Grey (horridly written, for the record) may have moved the bar a little on that front. Here’s a secret for you: women love sex too. We’re just more subtle about it.

This can lead to one hell of a disconnect online, as women try to coyly dance around the issue and men stomp right onto it. I’m pretty certain there are a decent amount of women on dating sites who’d actually be up for some casual sex, but the vast majority of men looking for it are presenting themselves entirely wrong.

One night, fascinated by this psychological disconnect—and honestly, a little bored and tipsy—I decided to try an experiment. I created a second profile on OKCupid that took the direct approach. It had very little information and not a single picture. I was honest about my age and basically said that I was looking for a purely physical relationship with someone with experience.

If you’re throwing out guesses on how many responses I got, all I can say is: How high can you count?

Hundreds of men, boys, and everything in between. The most interesting was a married couple. They were attractive, lived in Rhode Island, and proposed some innovative forms of Skyping which I’m still trying to wrap my mind around. But let’s get right to the point. Did I meet up with anyone from this profile? Well, yes. Yes I did.

In hindsight, I’m pretty sure he was a sex addict. Why? Because he was beautiful. J.Crew model beautiful. I-attract-women-by-stepping-outside-my-front-door beautiful. There was no reason this guy needed to be on OKCupid. He was 30 years old and a law student, with a job in politics waiting for him after graduation. He was every mother’s dream son-in-law and he was trolling picture-less older women’s profiles on a dating site. And damn, did he know how to go about it.

“I found your profile intriguing. I think it would be somewhat charming to get to know someone before I knew what they looked like.” Well played, sir. He was incredibly smart, too, and we shared a love of ‘70s movies. Did I mention he was gorgeous?

So we saw each other a couple of times. We totally hit it off in every way. We had a thoroughly enjoyable time. I’ll leave the rest to your imagination.

The funny thing is, despite my (anonymous) bravado in my doppelganger profile, I found myself really liking this guy. He was the perfect mix of looks and brains. And he had no interest in anything more. When I told my girlfriends about him, I said, “This one could break my heart.”

I played it cool. I waited for him to take it to the next level and he didn’t; so I moved on. Because that’s what my alter ego profile had professed, right? A purely physical relationship. I had gotten what I’d asked for.

And that’s when it occurred to me that maybe trying on an alter ego isn’t my cup of tea. My little experiment was interesting, and it worked well. But maybe too well. I’ve never been much of a fan of Jekyll and Hyde anyway. Instant gratification is nice. Being honest about what you’re looking for is far more satisfying in the end.

Image via OldHollywood/Tumblr via “Horror Cinema”