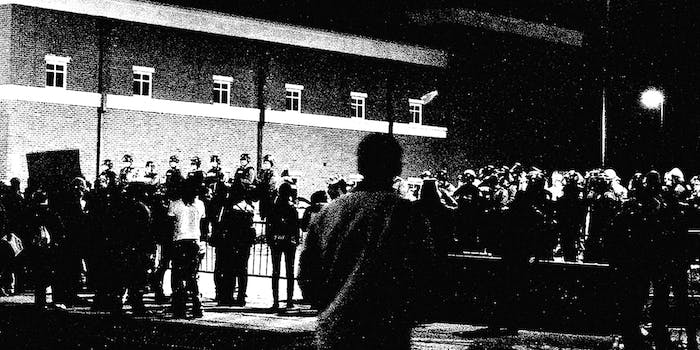 'I still have her blood on my hands.'

A 9-year-old girl has been gunned down in Ferguson, Missouri.

Jamyla Bolden was killed on Tuesday while sitting in her mother’s bed doing her homework, her family says. Authorities believe the shooter, who has yet to be identified, fired from close range into the house.

“I kept holding and holding her,” the child’s grandmother, who asked not to be named, told the St. Louis Post-Dispatch. “I still have her blood on my hands. She was still breathing. I was telling her to just breathe.” 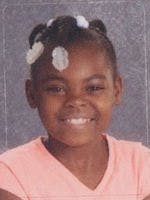 Bolden’s mother was also shot in the leg and has since been released from the hospital.

“I never in a million years thought that I’d be laying my daughter to rest,” said James Bolden, the 9-year-old’s father, KMOV reports.

The family lives one block from West Florissant Ave., the focal point of Ferguson’s protests since the fatal shooting of 18-year-old Michael Brown by a white police officer last fall.

“There needs to be a reevaluation of human life: [whether] black, white, young, seasoned, whether in Ferguson, or areas considered affluent,” Ferguson Pastor Willis Johnson told reporters. “This has to stop. This epidemic of lost life under false pretense and of no real significant reason has to change.”

Repeated incidents of violence in the vicinity of the protesters have marred months of peaceful demonstrations. Crowds gathered in Ferguson on Wednesday night after a black teenager, 18-year-old Mansur Ball-Bey, was shot and killed by police.

Authorities say Ball-Bey was armed and fled a house where two officers were carrying out a search warrant. A second, unidentified man escaped.

Authorities later released a video which they claim shows Harris running through a parking lot with a pistol. The incident was preceded by a gunfight; police say as many as 50 rounds were fired.