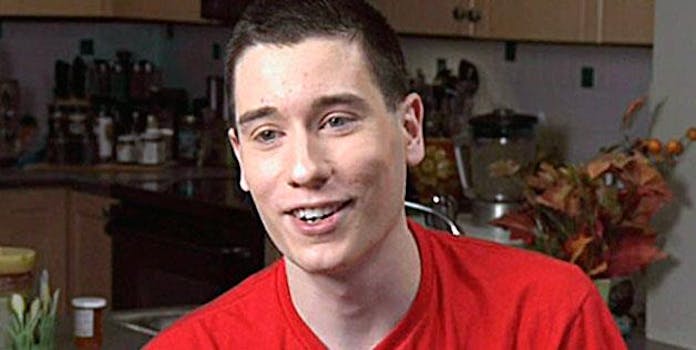 Jake Villanueva, who received $30,000 in donations from the social news site, has died, the organizer of his charity drive confirmed.

Jake Villanueva, the 23-year-old who posted about his terminal cancer on Reddit last summer and was rewarded with $30,000 in donations to travel around the world, has died, the organizer of his charity drive confirmed to the Daily Dot.

“I’m new here, so if Im not doing this right or something – just tell me!” Villanueva wrote in an “Ask Me Anything” (AMA) post last June. Just weeks before, on Father’s Day, he’d learn that a rare, aggressive type of cancer was attacking his kidneys.

“I have been on chemo, which is no longer working and the cancer continues to spread. Unlike so many other cancers, this one doesn’t have a survival rate,” he wrote. “it is [extremely] likely that I will not see my 24th birthday.”

The response from Reddit was overwhelming. Villanueva, posting under the pseudonym OceanSkys, saw his thread rocket to the top of the social news site, where it stayed even after he’d gone to bed for the night.

While he slept, redditors continued posting messages of support. Others, inspired by his story, had bigger ideas. Villanueva had mentioned in passing how he hoped to take a vacation with his family. When Portland, Ore., redditor Lindsay Minar saw that, she started an online fundraising campaign and posted it to the AMA. Donations started pouring in. When Villanueva woke up, he was shocked to learn that strangers had donated  $7,000 for his cause.

In fact, the money was coming in so fast he asked Minar to shut down donations; $30,000 was more than enough, he said. He’d never planned on getting donations. He just wanted to have a conversation on Reddit.

“I started out expecting nothing,” he told the Huffington Post. “This has already changed my life and I didn’t want it to get out of hand.”

Villanueva and his family put the money to good use. Within the span of a month he traveled from his home in British Columbia to Chicago, New York, and Seattle, hitting six cities all together. Along the way, he’d meet up with redditors, who followed his adventures at a subreddit devoted just to him, r/OceanSkys.

In a time when Reddit was getting hammered in the press for controversial behavior among its userbase, Villanueva’s story was a reminder of just how exceptional Reddit’s good side can be.

As news of his death spread on the site yesterday, users responded with condolences and stories and a simple “.”—a Web tradition started on community blog Metafilter that signifies a moment of silence for the deceased.

Minar, whose post about Villanueva’s death hit the top of Reddit’s 2-million-strong r/pics forum, told the Daily Dot his mother informed her of his passing early on Sunday.

“She wants me to try and come visit. So I think Im going to try and do that,” she wrote.

The last anyone outside his friends and family heard from Villanueva was on Dec. 24, when he tweeted:

“Celebrating my last Christmas with the whole family :)”