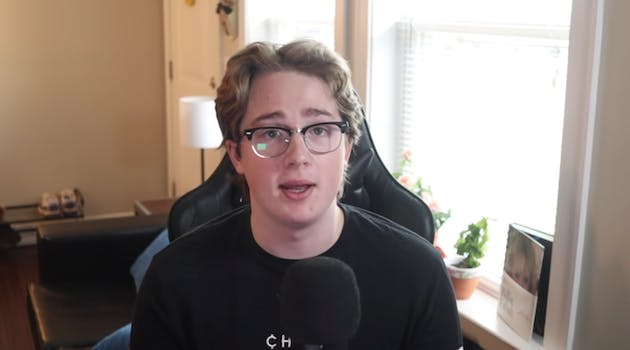 ‘I feel powerless’: Photographer says Charli D’Amelio’s team didn’t pay him, threatened him for speaking out

'I can't think of anything but the millions you made off my photos.'

A photographer who previously did a photoshoot with Charli D’Amelio publicized claims that the TikTok starlet, who currently boasts over 123 million followers on TikTok alone, used his photos in a photography book without his permission. He also says he was not compensated for his work.

Jake Doolittle first called out the younger D’Amelio sister on Aug. 27 in a now-deleted quote tweet saying, “I can’t think of anything but the millions you made off my photos.” Shortly after posting this tweet, he was met with an onslaught of backlash from fans claiming that he was “clout-chasing.”

On Sept. 2, Doolittle uploaded a video to YouTube explaining his side of the story and why he chose to speak out. At the beginning of the video, he explained that he worked with Charli when she had significantly fewer followers than she has today. The photos he took of her were just for social media use, which was agreed upon by D’Amelio and her team.

He went on to say that he worked with the D’Amelios on a work-for-hire basis from April 2020 to July 2020, and all of the content made during that time is owned by the family. However, the photo in question, picturing D’Amelio dancing, was taken in December 2019.

In December 2020, D’Amelio posted an Instagram about publishing her first book that included photos of herself—using two of Doolittle’s photos. While he is credited in the back of the book, he said he was not paid nor was he notified prior to publication. So, he called the D’Amelio camp out on Twitter.

Doolittle said that he was threatened with legal action by D’Amelio’s team and scared into deleting the tweets accusing the team of using his photos without permission.

After articles came out using Doolittle’s deleted tweets, the same contact from the D’Amelio team attempted to get in touch with Doolittle again. “Within 30 minutes, I received three calls and 11 texts from the guy who called me the night before, threatening legal action,” Doolittle said.

At the end of the video, Doolittle clarified that he’s not upset with the young TikToker but with the team she’s surrounded herself with. “I feel powerless,” he said in the video, “And when it’s me, a 20-year-old from Maine fighting against a big media conglomerate with managers, lawyers, and PR people, and so much more, that’s all I feel. Powerless.”

The Daily Dot reached out to Doolittle and representatives for D’Amelio for comment but did not immediately hear back.